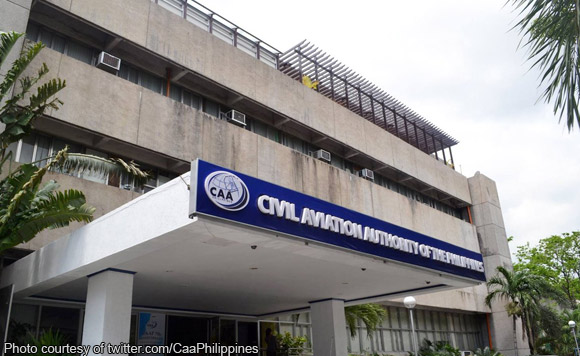 0 1,220
Share
Want more POLITIKO News? Get the latest newsfeed here. We publish dozens and dozens of politics-only news stories every hour. Click here to get to know more about your politiko - from trivial to crucial. it's our commitment to tell their stories. We follow your favorite POLITIKO like they are rockstars. If you are the politiko, always remember, your side is always our story. Read more. Find out more. Get the latest news here before it spreads on social media. Follow and bookmark this link. https://goo.gl/SvY8Kr

The Commission on Audit (COA) has questioned the Civil Aviation Authority of the Philippines’ (CAAP) hiring of at least three consultants without the benefit of public bidding.

In its 2017 annual audit report, the COA said this was contrary to Section 2 of the revised implementing rules and regulations (IRR) of the Government Procurement Reform Act, which required that consulting services undergo competitive bidding.

However, auditors found that in the CAAP, end-users who need the service of a consultant would just submit a recommendation to the Director-General for the hiring of particular individuals.

The agency would then engage the services of the requested individuals through negotiated procurement.

The COA said agencies were allowed to resort to alternative methods of procurement under Section 53 of the revised IRR for consultants who do highly technical, proprietary or primarily confidential work.

But, in the CAAP’s case, the contracts and the accomplishment reports of the consultants—such as a financial management audit consultant and two procurement and supply consultants—showed that it did not meet the criteria.

This meant it could not be ensured that the cost of the consultants’ service—P35,000 to P75,000 a month—were advantageous to the government.

“As such, the hiring of said consultants without the benefit of public bidding is not justifiable. The requirement that the procuring entity obtain the most advantageous price in hiring them was not assured,” the report read.

In response, the CAAP denied having consultancy contracts with the hired individuals and claimed that it actually entered into contracts of services for non-general support services. The CAAP claimed such contracts were not covered within the scope of the Government Procurement Reform Act.