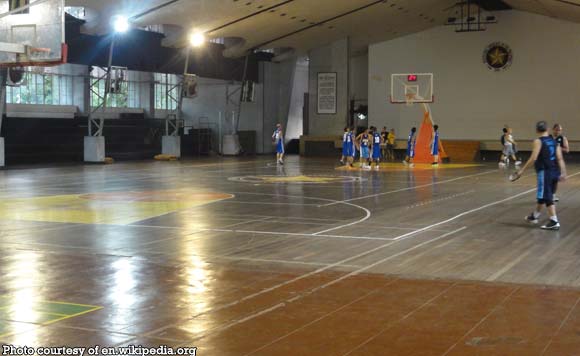 0 5,904
Share
Want more POLITIKO News? Get the latest newsfeed here. We publish dozens and dozens of politics-only news stories every hour. Click here to get to know more about your politiko - from trivial to crucial. it's our commitment to tell their stories. We follow your favorite POLITIKO like they are rockstars. If you are the politiko, always remember, your side is always our story. Read more. Find out more. Get the latest news here before it spreads on social media. Follow and bookmark this link. https://goo.gl/SvY8Kr

The Commission on Audit (COA) reminded the provincial government of Leyte that infrastructure projects like the construction of basketball courts or repairs of court flooring, goal and lighting do not constitute “development projects” which are chargeable against the 20% Development Fund (DF).

Section 287 of Republic Act No. 7160 or the Local Government Code of 1991 mandates that each local government unit “shall appropriate in its annual budget no less than twenty percent (20%) of its internal revenue allotment for development projects.”

“Development projects” are clarified by DILG-DBM Joint Memorandum Circular (JMC) No. 2017-01 which also provides guidelines for the utilization of the 20% fund.

However, in the 2018 annual audit report, state auditors disclosed that the provincial government used the DF for 37 programs which are not “development projects” as defined under the JMC – particularly the construction of 30 covered courts which cost the province P65.85 million in 2017.

“[A] reiteration of the similar finding in the AAR (Annual Audit Report) for CY 2017, where a total of P37.51 million was charged to the DF of that year,” the report added.

State auditors also found that the provincial government has initially earmarked P1.3 billion for development projects, of which only 25 percent or P340.49 million was actually utilized.

“The low utilization rate of the development fund connotes that the Province fell short in the implementation of the projects,” COA said. “Consequently, delayed implementation and/or non-implementation of projects would deprive the constituents of the benefits that could be derived therefrom.”

COA recommended that Leyte strictly observe the guidelines for the appropriation and utilization of the DF, and ensure optimal use “to help achieve the desirable socio-economic and environmental outcomes of the Province.”

Leyte officials explained that the aforementioned programs were funded before the conference with state auditors last May 6, 2018, when they didn’t know that projects like “covered court, covered walk, basketball court/goal, perimeter fence” are ineligible under the JMC. #

Continue Reading
basketball courtsCommission on AuditDILG-DBM Joint Memorandum Circulargoal and lighting do not constituterepairs of court flooring
0 5,904
Share
Politiko would love to hear your views on this...
Trending News
More Stories