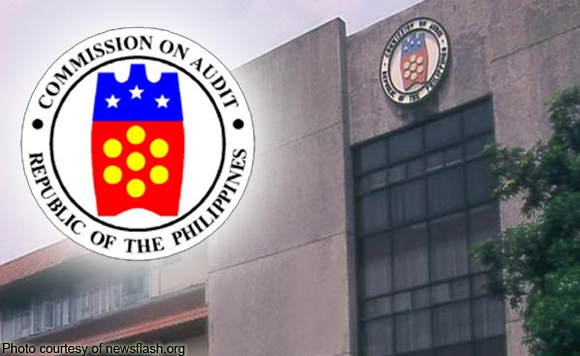 0 288
Share
Want more POLITIKO News? Get the latest newsfeed here. We publish dozens and dozens of politics-only news stories every hour. Click here to get to know more about your politiko - from trivial to crucial. it's our commitment to tell their stories. We follow your favorite POLITIKO like they are rockstars. If you are the politiko, always remember, your side is always our story. Read more. Find out more. Get the latest news here before it spreads on social media. Follow and bookmark this link. https://goo.gl/SvY8Kr

The Iloilo provincial government failed to properly establish procedures in the billing and claim sections of its 11 district hospitals and a provincial health facility, the Commission on Audit said.

In its 2018 annual report, COA said the provincial government did not properly implement controls, policies, and procedures in its subsidized hospitals’ billing and claim sections.

Also, it said Capitol-run hospitals failed to observe the policies and procedures under the Manual of Organization and Management of the Administrative and Finance Service for Hospitals.

Because of this, it noted “the inefficient billing process and exposing the hospital’s operations to the risk that revenues for all services rendered may not be accounted and properly collected.”

COA asked the governor to direct the Hospital Management Office and the hospital administration to review the existing processes in the billing and collection sections.

It also called on hospital management to update their policies and standard operating procedures and integrate all the responsibilities in the hospital manual.

Meanwhile, it urged hospitals’ accounting departments to demand or submit a monthly report of bills rendered from the billings and claim section.

On the other hand, COA said the Provincial Assessor’s Office did not maintain updated records of all idle lands in the province.

It said the Provincial Treasurer’s Office failed to notify the landowner of the one percent tax on idle lands for lack of basis.

The COA urged the governor to direct the provincial assessor to formulate the plan and strategies in identifying and classifying idle land and establish a database or list of these properties.

Continue Reading
2018 annual reportAdministrative and Finance Service for HospitalsCommission on AuditIloilo provincial governmentManual of Organization and Management
0 288
Share
Politiko would love to hear your views on this...
Trending News
More Stories