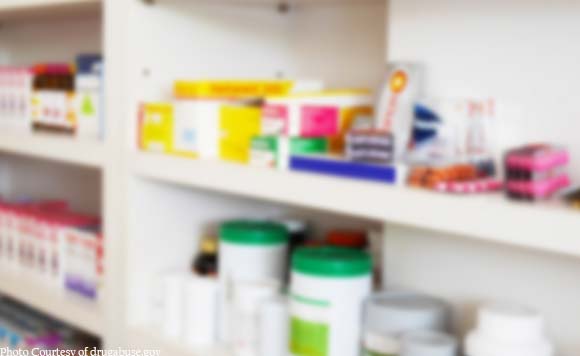 0 603
Share
Want more POLITIKO News? Get the latest newsfeed here. We publish dozens and dozens of politics-only news stories every hour. Click here to get to know more about your politiko - from trivial to crucial. it's our commitment to tell their stories. We follow your favorite POLITIKO like they are rockstars. If you are the politiko, always remember, your side is always our story. Read more. Find out more. Get the latest news here before it spreads on social media. Follow and bookmark this link. https://goo.gl/SvY8Kr

Some officials and employees of a district hospital may be in trouble with the Commission on Audit over the allegedly unauthorized lending of medicines to hospital personnel.

The COA asked the Iloilo provincial government to create a committee that will conduct an independent investigation on the matter.

It said the irregularities included not just the alleged illegal loaning of medicines, but also the non-issuance of official receipts by personnel of Ramon Tabiana Memorial District Hospital (RTMDH) in Cabatuan town (https://dailyguardian.com.ph/capitol-told-to-probe-illegal-medicine-loans/).

According to the COA, the hospital employees should be investigated not only for unauthorized loaning of medicines but for unaccounted and unremitted collections of the hospital.

“This practice clearly showed breakdown of control since medicines were transferred to another entity without any policy or authorization from the hospital management,” it said.

Worse, it said the practice will deprive poor patients, who are the primary clients of Capitol-run hospitals, of medicines that are supposedly available in the pharmacy but were loaned to the employees and workers.

The COA probe stemmed from an anonymous verbal report indicating the pharmacy’s drugs and medicines were loaned to hospital employees and workers without procedures and proper authorization.

COA said this violates auditing rules as well as the Local Government Code.

A COA team confirmed the allegations after an ocular inspection.

Investigation showed the hospital’s administrative officer and accountant confirmed the practice, which they said to have been going on since they assumed their posts.

The COA found such practices were without approved policies and procedures, as well as proper authorization from the hospital chief, and were thus illegal.

Likewise, payments for the loaned medicines were made through salary deductions, according to the hospital cashier.

The amounts deducted or withheld were then remitted to the pharmacist in full. But the amounts withheld were not reflected in the employees’ payrolls, per verification by state auditors.

Also, the auditors reconciled the collections remitted to the pharmacist and compared them to the amounts reflected in the official receipts for the months of February and March 2019.

Of the P30,503 collections, only P8,885 were covered by official receipts, the COA discovered.

The hospital accountant also confirmed that movements of the medicines inventory were not reflected in the pharmacist’s inventory report.

Likewise, the amount deducted from the PhilHealth shares and wages were not consistently the total amounts due.

“The foregoing practice exhibited a wide scope of authority and discretion of the pharmacist because the approval or consent of the chief of the hospital was not obtained,” read the COA report.

While the hospital chief admitted the absence of the approved policies on the loan of medicines, he said such practice was tolerated for “humanitarian consideration.”

Although the practice was recently stopped, the auditors still want the provincial government to look into the case and take appropriate administrative actions against erring officials and employees, if warranted.

The auditors also asked the hospital pharmacist and cashier to render an account of all the loaned medicines and related collections.