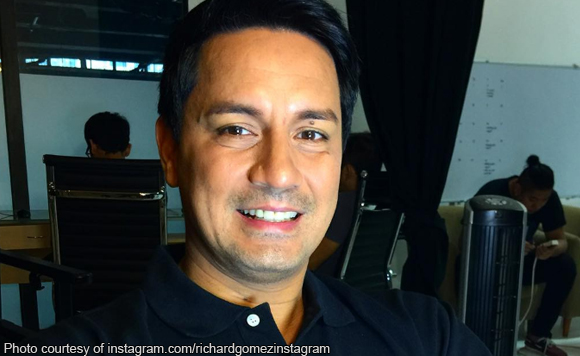 Ormoc Mayor Richard Gomez said he was vindicated after alleged Eastern Visayas drug lord Kerwin Espinosa cleared the politiko from the list of public officials with alleged connections to the illegal narcotics trade.

“I am happy that Kerwin finally testified that I am not linked to the drug trade,” the actor turned politician said in a video post on social media.

Gomez and other government officials included in the affidavit of the late Mayor Espinosa, whose names were in the alleged blue and pink books of Espinosa were cleared by the drug kingpin himself during a Senate inquiry November 23.

“We will never be involved in drug trade. And what happened the past months are political handiworks by the Codillas, our political opponents,” he stressed.

The Codilla family is an archrival of the Torres-Gomez husband and wife tandem in Ormoc and the 4th district of Leyte.

“You see, the drug lords moved heaven and earth a decade ago to prevent me from having a seat at the House of Representatives,” said Gomez, who is known for anti-drug advocacy.

Gomez recalled that even at the height of his career as an actor and victory was within his reach, his partylist Mamamayan Ayaw Sa Droga (MAD) was disqualified when he ran in 2001.

Gomez filed raps last week at the National Police Commission against cops, including Chief Insp. Jovie Espenido, Chief Insp. Leo Laraga of the Criminal Investigation and Detection Group and another cop Heidi Yutrago, who accused him as drug protector.

These officials were allegedly included in the list of personalities implicated in illegal drugs trade in the affidavit of Albuera, Leyte Mayor Rolando Espinosa, Sr.

The elder Espinosa was killed in a raid at his detention in Baybay City sub-provincial jail.