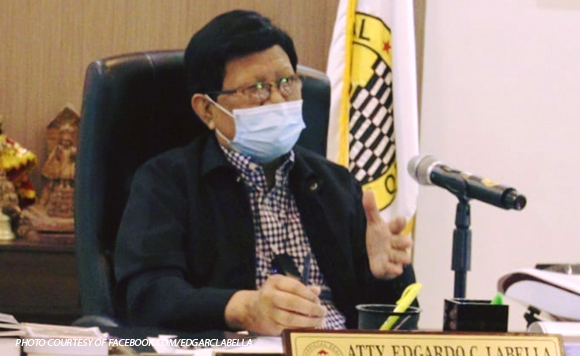 The remains of Cebu City Mayor Edgardo Labella will be open for public viewing at the Cebu City Hall on November 24 to November 26.

Labella will be laid to rest at the Golden Haven Memorial Park on Friday.

Newly installed Mayor Michael Rama announced that the wake will be open to the public. (https://bit.ly/3CN2Leh)

Rama has directed all offices, especially the police, to ensure an orderly public viewing.

“The mortal remains of Mayor Labella will be brought to City Hall on Wednesday afternoon and stay here for three days and two nights. A team here at City Hall is preparing for this to ensure an organized and seamless flow,” the new mayor said.

“We anticipate that our constituents, from the hinterlands and the lowlands, would want to view one last time their elected Mayor whose term got interrupted by his untimely death,” he added.

Labella died on November 19 due to septic shock secondary to pneumonia.