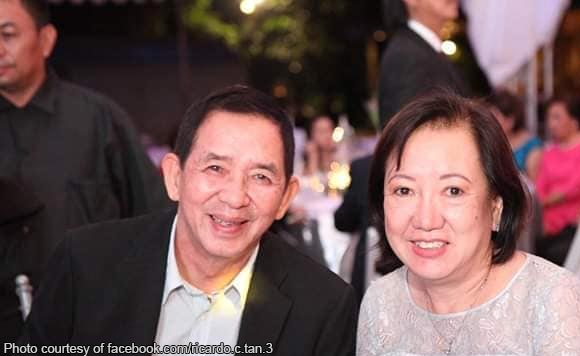 0 606
Share
Want more POLITIKO News? Get the latest newsfeed here. We publish dozens and dozens of politics-only news stories every hour. Click here to get to know more about your politiko - from trivial to crucial. it's our commitment to tell their stories. We follow your favorite POLITIKO like they are rockstars. If you are the politiko, always remember, your side is always our story. Read more. Find out more. Get the latest news here before it spreads on social media. Follow and bookmark this link. https://goo.gl/SvY8Kr

The Tans were on board their Nissan Patrol SUV when gunmen aboard a small white wagon-type vehicle opened fire on their vehicle.

A thorough investigation of the case is being conducted by the Bacolod City Police Office to establish a motive for the shooting and identify the suspects.

In October, Councilor Tan, who was elected as number one councilor of Bacolod, announced his departure from politics after withdrawing his mayoral bid for the May 2019 elections.

“There is always a time for every purpose,” the former Philippine Football Federation president said.