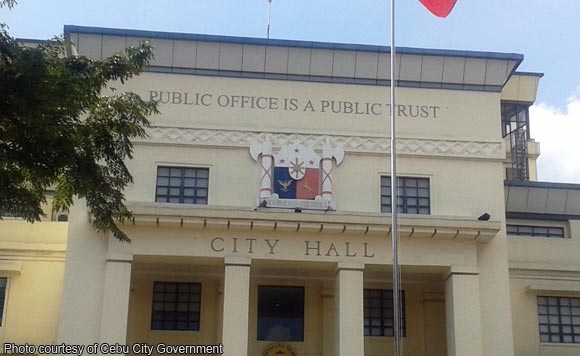 0 2,094
Share
Want more POLITIKO News? Get the latest newsfeed here. We publish dozens and dozens of politics-only news stories every hour. Click here to get to know more about your politiko - from trivial to crucial. it's our commitment to tell their stories. We follow your favorite POLITIKO like they are rockstars. If you are the politiko, always remember, your side is always our story. Read more. Find out more. Get the latest news here before it spreads on social media. Follow and bookmark this link. https://goo.gl/SvY8Kr

The Cebu City Council has passed an ordinance regulating the use of foreign words in the signage, signboard, and/or billboards of business establishments within the city.

There is a need for signage, signboards, and billboards written in any foreign language to have a translation into English or in Cebuano words in pursuant to the National Building Code of the Philippines and its Revised Implementing Rules and Regulations more particularly in Rule XX, Section 2001 paragraph 2, said Japson.

According to the 2015 census, Cebu City has a population of 922,611 people, which makes it the fifth-most populated city in the nation, and most populous in the Visayas. (https://bit.ly/2HHZnr7)

“The proliferation of these signage, signboards, and billboards with foreign wordings, if not regulated, will endanger the uniqueness of our city and our community and will constitute a nuisance,” the city councilor said.

Under Section 2 of the ordinance, it is declared policy by the City Government of Cebu in its relation with the owners of business establishment whether Filipino or foreign nationals to give paramount consideration to the local autonomy, interest, and the right to self-determination for its general inhabitants.

Such provision applies to all business establishments whose signages are written in a foreign language within the jurisdiction of the City of Cebu, as stated in Section 4.