Cimatu wants rough sleepers to be moved off the streets 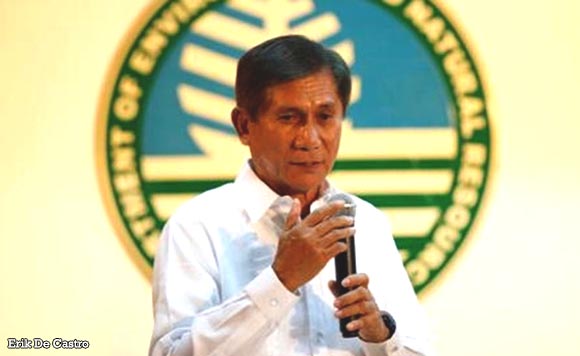 0 50
Share
Want more POLITIKO News? Get the latest newsfeed here. We publish dozens and dozens of politics-only news stories every hour. Click here to get to know more about your politiko - from trivial to crucial. it's our commitment to tell their stories. We follow your favorite POLITIKO like they are rockstars. If you are the politiko, always remember, your side is always our story. Read more. Find out more. Get the latest news here before it spreads on social media. Follow and bookmark this link. https://goo.gl/SvY8Kr

Secretary Roy Cimatu, overseer of the fight against coronavirus in Cebu, ordered the relocation of homeless people who have made Cebu City’s sidewalks their dwelling place.

In a meeting with officials from the Cebu City Emergency Operations Center and barangay captains, Cimatu said these homeless people should be removed from the streets for everyone’s safety.

He made the remarks after a pathologist raised the importance of keeping the city clean as it continues to fight the spread of the coronavirus disease (Covid-19). Studies have reportedly found viral shedding in stool.

Street dwellers are often tagged as the culprits behind the human waste and urine that could be found on some of the city’s sidewalks. (https://bit.ly/39CbseO)

San Nicolas Proper barangay captain Clifford Jude Niñal said the barangay has rounded up and housed over 300 homeless and stranded individuals since the start of the lockdown.

When the city was downgraded to general community quarantine status, these individuals left the barangay covered court where they were staying to go back to their respective provinces. Others went back to the streets.

When the city was reverted to enhanced community quarantine on June 16, Niñal again ordered the rounding up of the homeless people. There are more than a hundred homeless individuals accommodated in the barangay.

The main challenge is feeding all of them without the support of the government, with the barangay relying mostly on donations from the private sector, the village chief said, adding that homeless people in San Nicolas Proper alone can consume at least two sacks of rice a day.

Aside from food supply, Niñal also requested more security personnel in his barangay to prevent these homeless individuals from going in and out of their temporary shelter.