Cimatu: Cebu formula to slow down virus cases in Bacolod 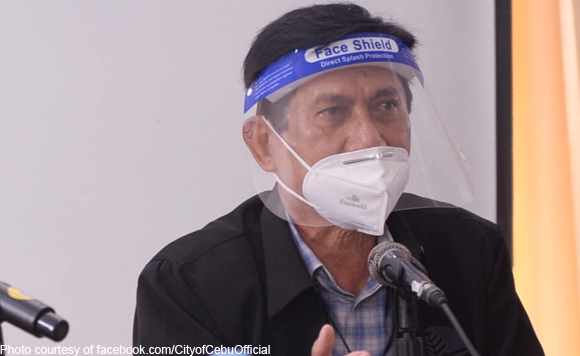 0 34
Share
Want more POLITIKO News? Get the latest newsfeed here. We publish dozens and dozens of politics-only news stories every hour. Click here to get to know more about your politiko - from trivial to crucial. it's our commitment to tell their stories. We follow your favorite POLITIKO like they are rockstars. If you are the politiko, always remember, your side is always our story. Read more. Find out more. Get the latest news here before it spreads on social media. Follow and bookmark this link. https://goo.gl/SvY8Kr

Environment Secretary Roy Cimatu will apply the “formula” used by his team in Cebu City as a strategy to bring down the number of coronavirus disease (Covid-19) cases in Bacolod City.

“This is the formula that we adopted in Cebu, bring down the battle to the barangay and let the barangay captains do the rest,” Cimatu said in an interview with the city government’s Public Information Office recently.

The chief Covid-19 response implementor in the Visayas along with Presidential Assistant for the Visayas Michael Lloyd Dino and Inter-Agency Task Force-Visayas deputy implementer General Melquiades Feliciano earlier met with Mayor Evelio Leonardia and other city officials as a response to the mayor’s urgent appeal for assistance to President Rodrigo Duterte. (https://bit.ly/2EJhmzo)

“We are here to help Bacolod, help the people, help the mayor because [he] sent a letter to the President asking for some assistance, manpower, and other equipment, including how to stop the rising cases in Bacolod,” said Cimatu.

Dino disclosed that the national government has two teams to augment the Covid-19 response in Bacolod. The initial team – composed of 12 members – arrived on August 28.

“We have a very good plan for Bacolod. The help will be here very, very soon. In fact, there are military health workers, military doctors, and military nurses who are coming. I think we’ll be bringing two teams,” according to him.

For his part, Feliciano said he will start focusing on Bacolod City starting September 1.

“We will go back to Cebu, but we will be back on September 1, and we will be full-time here in Bacolod and Iloilo. We move to Bacolod, then to Iloilo and vice versa. It will be a daily activity,” he also said.

Leonardia vowed that the city government will cooperate with the augmentation team and do everything to control the spread of the virus.

To date, Bacolod has 884 confirmed infections, 474 of which are active cases.