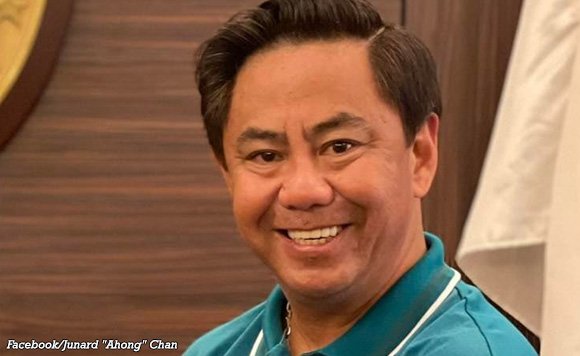 0 87
Share
Want more POLITIKO News? Get the latest newsfeed here. We publish dozens and dozens of politics-only news stories every hour. Click here to get to know more about your politiko - from trivial to crucial. it's our commitment to tell their stories. We follow your favorite POLITIKO like they are rockstars. If you are the politiko, always remember, your side is always our story. Read more. Find out more. Get the latest news here before it spreads on social media. Follow and bookmark this link. https://goo.gl/SvY8Kr

Lapu-Lapu City Mayor Ahong Chan is expected to consult first his national party, PDP-Laban, regarding its endorsement of former senator Ferdinand Marcos Jr. as president in the 2022 polls.

The ruling PDP-Laban earlier endorsed Marcos Jr. as president, along with Davao City Mayor Sara Duterte-Carpio, who is running for vice president.

Aside from the party, the mayor said that he will also be consulting Mandaue City Mayor Jonas Cortes and Cebu Governor Gwendolyn Garcia whose opponents are also endorsing the late dictator’s son.

Meanwhile, Chan said that he has no objection to declaring a “zona libre” in the city in the upcoming elections to ensure that Marcos Jr. won’t endorse a local candidate.

In a Facebook post, Radaza claimed that the tandem of Marcos and Duterte-Carpio is endorsing her slate in the upcoming elections.