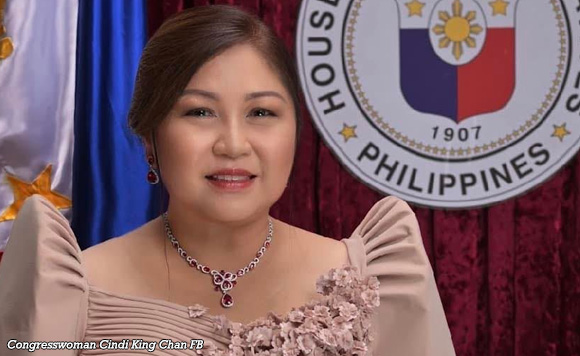 0 91
Share
Want more POLITIKO News? Get the latest newsfeed here. We publish dozens and dozens of politics-only news stories every hour. Click here to get to know more about your politiko - from trivial to crucial. it's our commitment to tell their stories. We follow your favorite POLITIKO like they are rockstars. If you are the politiko, always remember, your side is always our story. Read more. Find out more. Get the latest news here before it spreads on social media. Follow and bookmark this link. https://goo.gl/SvY8Kr

The project, she said, was started in September, but the contractor has stopped working on it. (https://bit.ly/3aa31vJ)

Motorists in the area were already complaining due to some holes in the road.

The new congresswoman promised to continue the project and that she would look for additional funds to finish it.

On Sunday, Chan also visited the project that serves as an outfall of water from the drainage in Barangays Agus, Basak, Marigondon, and Suba-Basbas.

During high tide, the seawater would overflow the outfall resulting in the backflow of water, she noticed.

Meanwhile, Radaza said that these projects have already been funded and that there is no reason why they cannot be continued.