Chan plans to give P5,000 Lapu-Lapu bill as token to quencentennial visitors 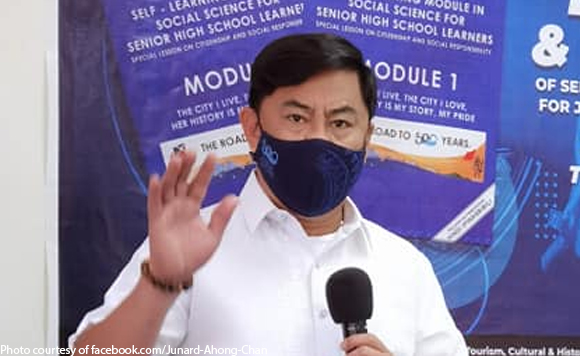 Lapu-Lapu City Mayor Junard Chan plans to give out the P5,000 commemorative banknote of Datu Lapulapu as a token to visitors, who will be attending the 500th anniversary of the Victory at Mactan this April.

Lapulapu is considered the country’s first hero after he defeated the Spaniards, led by Ferdinand Magellan, in the Battle of Mactan in 1521.

According to Chan, he already reserved 200 copies of the banknote at the Bangko Sentral ng Pilipinas (BSP), which are expected to be made available by March. (https://bit.ly/3sFOOLw)

The BSP has only imprinted 1,000 copies of the banknote, he said.

The BSP is yet to release an advisory on how to purchase the commemorative item.