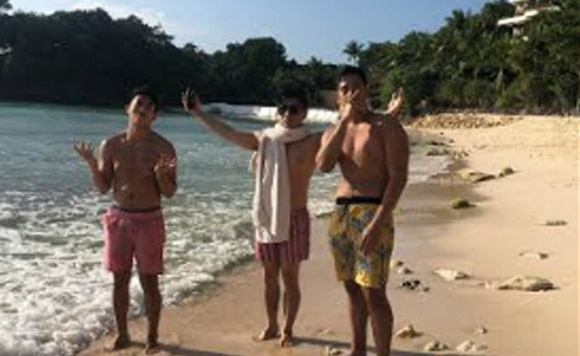 Embattled Tourism and Promotions Chief Cesar Montano is facing a fresh wave of criticism following an Instagram post of his son frolicking in the supposedly closed Boracay Island.

Montano is currently under fire over the P80-million sponsorship deal for the Buhay Carinderia project.

His son, matinee idol Diego Loyzaga, posted on Instagram a photo of him and his friends enjoying the beach in Boracay.

But Boracay was recently shut down for rehabilitation and closed to everyone except for residents.

When netizens questioned why Loyzaga is in Boracay, the young actor said he and his friends are “locals.”

Loyzaga also said he was not able to visit Boracay because of his “connections,” referring to his father.

Critics earlier slammed the Duterte administration following reports that a mountain was being levelled in Boracay while the supposed environmental rehabilitation is ongoing.

The Boracay Inter-Agency Taskforce on May 18 said it has issued cease and desist orders against ongoing construction in the island. 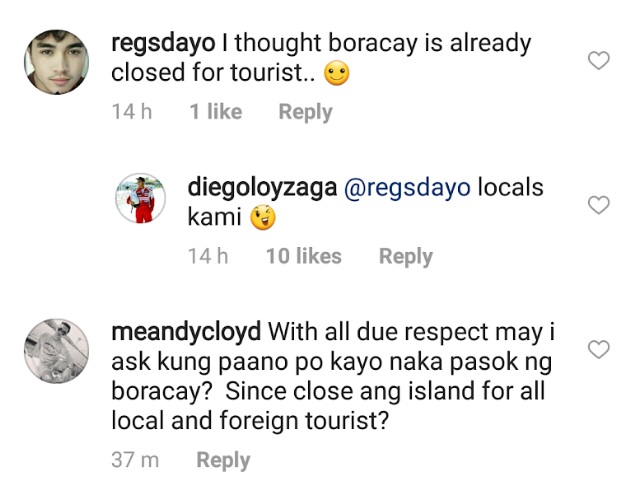 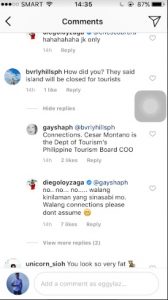 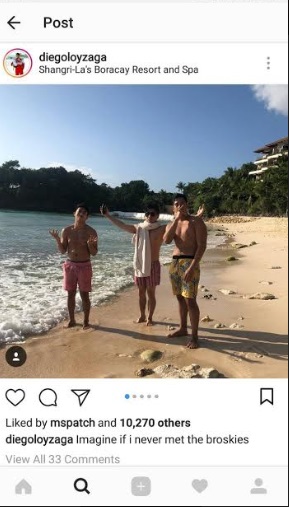