Celebrating ‘discovery of PH’ is an insult: Lapu-Lapu mayor 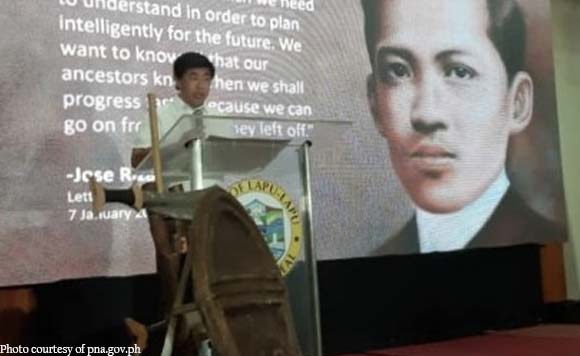 LAPU-LAPU CITY, Cebu — The “quincentennial mayor” in this historic city on Friday prompted Filipinos to correct the notion of celebrating the 500 years of the Magellanic expedition, describing the commemoration of the “discovery of the Philippines” as an insult.

Mayor Junard “Ahong” Chan reminded the more than 200 participants of the stakeholders meeting organized by the National Quincentennial Committee (NQC) here that in 1921, the US Insular Government in the Philippines branded the commemoration as the “400 years of the discovery of the Philippines.”

“This, as if we were nonexistent and had to thank the colonizers for bringing us civilization, which is an insult to our ancestors,” Chan said during his opening message, supporting the view of President Rodrigo Duterte that the focus of the celebration should be the gallantry of ancient Filipinos in Mactan.

Dr. Rene Escalante, the NQC vice-chairperson, said the archipelago had already reached a certain extent of civilization and had contacts with the neighbors long before the arrival of the Spaniards.

Chan said, in 2021, the country will commemorate the 500 years of our earliest recorded display of heroism and triumph – the Victory of Mactan.

“But this generation has to commemorate the 500 years correctly,” he quipped.

He also reminded the participants of the stakeholders meeting about Dr. Jose Rizal’s provocation to every generation of the Filipinos, quoting him saying, “We are anxious to learn of the Philippines’ past, which we need to understand in order to plan intelligently for the future. We want to know all that our ancestors knew. Then we progress faster because we can go on from where they left off.”

“Therefore, we are sharing with our fellow Filipino people the history we have here at Mactan. The history will never be appreciated by the nation if it will remain as a mere local event,” he said, thanking Duterte for issuing Executive Order No. 55 series of 2018 giving to the NQC the task to prepare the country in “nationalizing the Victory of Mactan.”

Chan also thanked the NQC, headed by Executive Secretary Salvador Medialdea, “in reminding each and every Filipino to celebrate and remember the Filipino way.”

The mayor also aroused the inquisitive minds of the participants on the question posed by Emilio Jacinto before the Philippine revolution in 1896, “where was the blood of Lapulapu, the jubilant king of Mactan, flowed, after he killed the liar Magellan?”

He also narrated that when then-president Emilio Aguinaldo proclaimed the Philippine independence in Kawit, Cavite on June 12, 1898, the “very first page of the independence document remembered Lapu-Lapu and the victory of Mactan.”

The mayor also said the relief on the base of Dambana ng Kagitingan is Lapulapu, as well as the official seal of the Philippine National Police.

The seal of the Armed Forces of the Philippines’ reserve forces carries the side view of Lapulapu, as the first Filipino hero is also considered as the first reservist to fight against foreign invasion.

“If our heroes celebrated the memory of Lapulapu and the Victory of Mactan, what more we Filipinos of today, who have benefited from the fruits of sacrifices and dreams of the past. (The) 2021 should be a year of reflection for all of us. Where are we bringing ourselves in the next 500 years?” he asked.

Chan vowed to introduce projects, programs, and activities “that will inspire our people, especially the young ones,” in celebrating the quincentennial of Lapulapu’s heroism on April 27, 2021.

On Thursday, Chan issued an executive order organizing the Mactan Quincentennial Committee tasked to assist the NQC in rolling out programs and activities in relation to the celebration. (PNA)