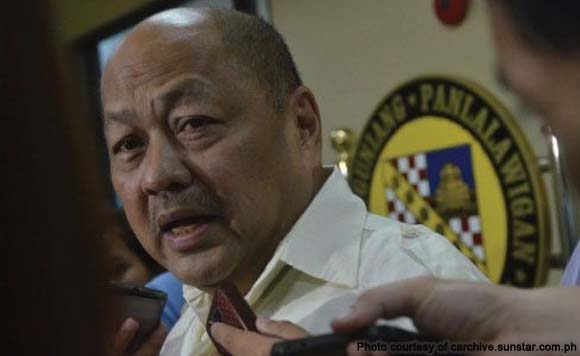 0 551
Share
Want more POLITIKO News? Get the latest newsfeed here. We publish dozens and dozens of politics-only news stories every hour. Click here to get to know more about your politiko - from trivial to crucial. it's our commitment to tell their stories. We follow your favorite POLITIKO like they are rockstars. If you are the politiko, always remember, your side is always our story. Read more. Find out more. Get the latest news here before it spreads on social media. Follow and bookmark this link. https://goo.gl/SvY8Kr

All for a P52,000 worth of laptop computer, Dumanyug, Cebu vice mayor Efren Gica is facing a criminal case and a possible prison sentence.

The Office of the Ombudsman-Visayas has indicted Gica for malversation of public property for his alleged refusal to return a Macbook laptop assigned to him when he was councilor in 2010.

In an article in The Freeman, graft investigation and prosecution officer Maria Corazon Vergara-Narraja said she sustained her earlier findings recommending the filing of the criminal case in court against Gica.

The complaint against the vice mayor was filed by Mayor Nelson Garcia.

According to Garcia, Gica refused to return the computer set when he stepped down as councilor on June 30, 2010.

Several demands were made by the property custodian for Gica to return the laptop but the latter simply ignored it, the mayor said.

He subsequently filed a complaint against the vice mayor before the Ombudsman on February 28, 2014.

On May 9, 2014, Gica eventually returned the computer unit.

However, the Ombudsman said the return of the computer did not extinguish Gica’s liability.

“As to whether the return of the property may exculpate respondent, this matter ultimately rests on the court to decide,” Narraja said.

She said the Supreme Court ruled in a similar case where the return of the item did not extinguish the criminal liability but only the civil liability.