Cebu town placed under state of calamity due to dry spell 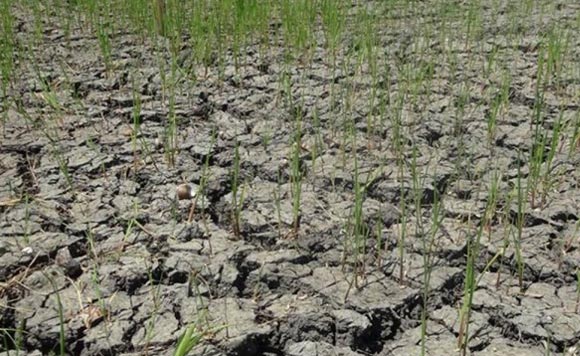 0 2,228
Share
Want more POLITIKO News? Get the latest newsfeed here. We publish dozens and dozens of politics-only news stories every hour. Click here to get to know more about your politiko - from trivial to crucial. it's our commitment to tell their stories. We follow your favorite POLITIKO like they are rockstars. If you are the politiko, always remember, your side is always our story. Read more. Find out more. Get the latest news here before it spreads on social media. Follow and bookmark this link. https://goo.gl/SvY8Kr

The town of Carmen in Cebu province has been declared under a state of calamity as farmers and residents suffer scarcity of water.

Cebu province’s information officer Ainjeliz Dela Torre-Orong said an assessment is ongoing to determine if there is a need to also place other towns and cities under state of calamity.

She told the Philippine News Agency (PNA) in a message that the Provincial Disaster Risk and Reduction Management Office (PDRRMO) “is ready to assist the LGUs (local government units), anytime, since the province has already declared state of preparedness” during the full DRRM council meeting, led by Cebu Governor Hilario Davide III last February 28.

Orong said the assessment team, composed of PDRRMO, Provincial Agriculture Office, Provincial Health Office and other departments will meet on March 19 to discuss the El Niño.

Meanwhile, as farmlands in Central Visayas start to experience the effects of dry spell, the Department of Agriculture (DA-7) on Tuesday said it is ready to conduct “cloud-seeding” to induce rains.

DA-7 Regional Director Salvador Diputado said the department has allocated a budget of at least PHP3.5-million for the activity.

“We are studying now the formation of the cloud all over Cebu and the rest of the region, before we can conduct (cloud) seeding,” Diputado told the PNA in a phone interview.

He said the DA-7 has already conducted bidding for the provider of a small aircraft for the cloud-seeding activity.

Aside from cloud formation, cloud seeding experts are also monitoring wind direction to prevent rain from falling onto the ocean, Diputado said.

The DA-7 has mobilized its quick reaction team to the local government units to monitor the ill effects of the dry spell to their farmlands, he said.

According to him, his office has also been coordinating with local agriculturists in monitoring infestation of pests in vegetable and rice farms, which is prevalent during dry and hot season.

“Another positive move that we do now is to convince our farmers to move the planting season,” Diputado said.

Citing statement of the Philippine Atmospheric, Geophysical and Astronomical Services Administration (PAGASA), he noted that El Niño is expected to last until June.

“If husto ilang prediction (if their prediction is correct), then we will start planting season in July,” he said.

The DA-7, in the meantime, has also tapped alternative sources of water to augment the supply of existing irrigation systems affected by the dry spell.

“We put solar power to sources of water like spring or river. The solar-powered machine will pump water which is diverted to rice fields using PVC pipes,” Diputado said. (PNA)