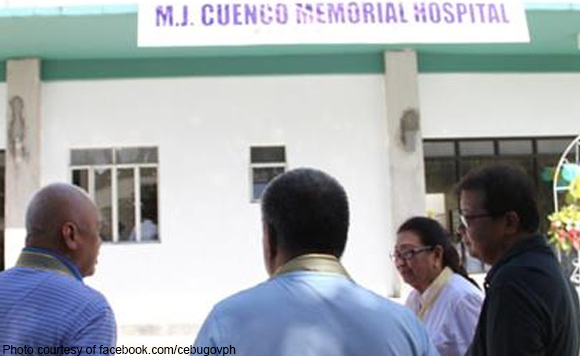 0 213
Share
Want more POLITIKO News? Get the latest newsfeed here. We publish dozens and dozens of politics-only news stories every hour. Click here to get to know more about your politiko - from trivial to crucial. it's our commitment to tell their stories. We follow your favorite POLITIKO like they are rockstars. If you are the politiko, always remember, your side is always our story. Read more. Find out more. Get the latest news here before it spreads on social media. Follow and bookmark this link. https://goo.gl/SvY8Kr

The Cebu provincial government received kudos from the Philippine Health Insurance Corp. (PhilHealth) for having the secodn highest number of enrollees.

PhilHealth also feted the capitol for having no arrears and on-time payment from 2016 to 2018 under the Sponsored Program.

According to the provincial government, the plaque of recognition is proof it “has not stopped the enrollment of the Cebuanos for this program contrary to rumors that this was already discontinued by the current administration.”

Governor Hilario Davide III added that for the last four years, health has been getting a big chunk of the annual budget of the provincial government.

Currently, there are a total of 12 district and four provincial hospitals in Cebu.