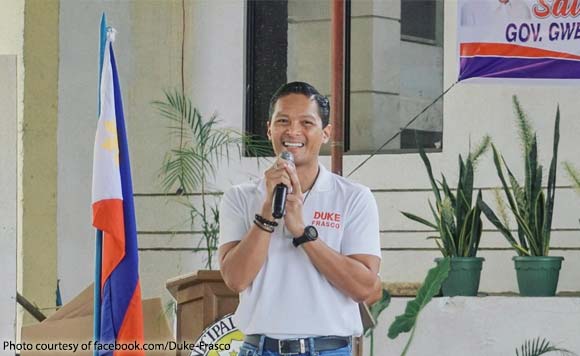 Frasco was joined by Provincial Board Member Red Duterte and Mike Villamor, and officials of the Department of Public Works and Highways-7.

“The Asturias-Liloan Road Opening Project is historic and groundbreaking as it directly connects the eastern portion to the western portion of Cebu,” the congressman said. (https://bit.ly/3dweIL0)

The project has two components: the Liloan to Danao segment and the Danao to Asturias segment.

The Danao segment is at least six kilometers and will traverse the mountain barangays of Danasan and Cambubho.

From Barangay Danasan, Frasco proceeded to Barangay Nangka for the turnover of his personal donation of P400,000 worth of solar-powered streetlights.

He also turn over 69 solar-powered streetlights worth P5.6 million in Barangays Looc and Maslog.