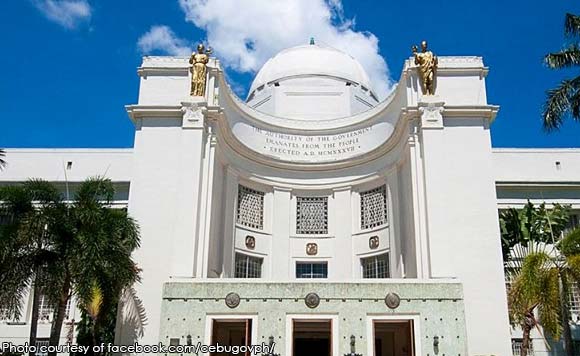 0 629
Share
Want more POLITIKO News? Get the latest newsfeed here. We publish dozens and dozens of politics-only news stories every hour. Click here to get to know more about your politiko - from trivial to crucial. it's our commitment to tell their stories. We follow your favorite POLITIKO like they are rockstars. If you are the politiko, always remember, your side is always our story. Read more. Find out more. Get the latest news here before it spreads on social media. Follow and bookmark this link. https://goo.gl/SvY8Kr

The Cebu Provincial Board has approved an ordinance requiring parties of minor road accidents to immediately remove their vehicles after taking photos and videos of the incident.

The ordinance authored by PB Member Glenn Soco is known as the “Fender Bender Act/Minor Accident Act of 2019.”

The measure is in relation to the October 7, 2019 declaration of a traffic crisis in Cebu that he also authored.

The declaration stemmed from the traffic congestion on the major thoroughfares that resulted in long hours of daily commute and land travel. (https://bit.ly/2V5r7Oi)

Soco stressed that one of the factors contributing to the worsening traffic situation in Metro Cebu is the minor traffic accident that results in gridlock as vehicles are left on the road until traffic personnel are done with the sketch and initial investigation.

“The general public must not be made to suffer from accidents or incidents on the road which are merely inconsequential. Drivers of motor vehicles plying the roads are reminded to be at all times mindful of driving safely, comply with traffic rules and regulations and observe courtesy,” he said.

Citing the Japan International Cooperation Agency’s “The Project on Master Plan Study and Institutional Development on Urban Transport System in Metro Cebu” Soco said an average of at least 1,235 road incidents are recorded in Metro Cebu every month.

“Measures must be made to improve and speed up response and how to quickly ease traffic after a road accident while efficiently preserving the facts and circumstances of a possible crime or incident,” the politiko also said.

Under his ordinance, drivers may secure videos that may have captured the incident from available dash cameras, closed-circuit television, etc. from third parties or nearby establishments.

Within five minutes from the collision of the vehicles, the drivers of the motor vehicles must immediately remove their cars from the highway to clear the flow of traffic, it further said.

The ordinance does not apply to traffic incidents involving deaths and physical injuries. A penalty ranging from P1,000 to P5,000 shall be imposed upon the erring drivers.