Cebu mayor urges kids to go online and save the world 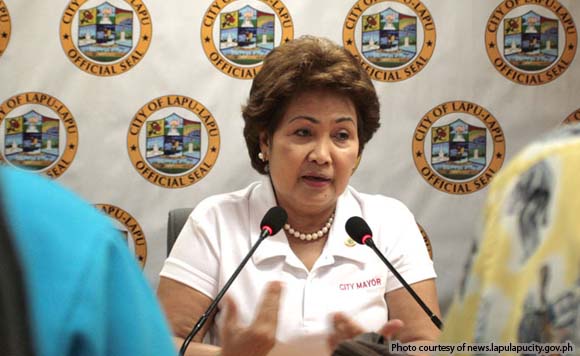 0 481
Share
Want more POLITIKO News? Get the latest newsfeed here. We publish dozens and dozens of politics-only news stories every hour. Click here to get to know more about your politiko - from trivial to crucial. it's our commitment to tell their stories. We follow your favorite POLITIKO like they are rockstars. If you are the politiko, always remember, your side is always our story. Read more. Find out more. Get the latest news here before it spreads on social media. Follow and bookmark this link. https://goo.gl/SvY8Kr

Lapu-Lapu City mayor Paz Radaza has advised children to use the social media to become responsible citizens by reporting issues and problems that need the city government’s action.

In her State of the Children Report in Hoops Dome, Radaza said the youngsters would be a big help to the city government by actively participating in running the city’s affairs through the social media.

“You know very well that my administration is using Facebook and Twitter to bring government closer to the people,” the mayor said, as quoted in a report by The Freeman.

Radaza said through FB and Twitter, they were able to address problems that normally take time to reach the attention of the city government.

“Social media has become an important communication tool in the digital age,” she added.

According to her, concerns raised by residents on Facebook drove the city to fix 70 percent of its 96-kilometer
roads and build six kilometers of drainage lines.

“We’re upgrading our city hospital because I heard your concerns on Facebook,” she said.