Cebu Guv Davide turns over P4.1M worth of road projects to 5 Barili barangays 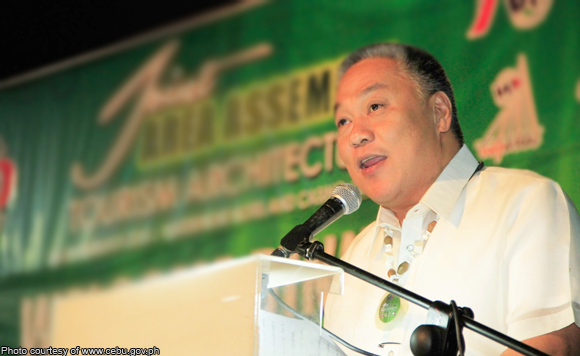 0 290
Share
Want more POLITIKO News? Get the latest newsfeed here. We publish dozens and dozens of politics-only news stories every hour. Click here to get to know more about your politiko - from trivial to crucial. it's our commitment to tell their stories. We follow your favorite POLITIKO like they are rockstars. If you are the politiko, always remember, your side is always our story. Read more. Find out more. Get the latest news here before it spreads on social media. Follow and bookmark this link. https://goo.gl/SvY8Kr

The Cebu Provincial Government, under Governor Hilario Davide III, has turned over P4.1 million worth of road projects, and multi-purpose center to five barangays of Barili town which lies south of Cebu last December 13.

These infrastructure developments were given to Barangays Mantalongon, Budbud, San Rafael and Boloc-Boloc. Capitol also assisted the renovation of a multi-purpose center in Barangay Gunting.

The politiko said that these thoroughfares will provide easy access to farmers in transporting their products.

The freeway links Boloc-Boloc proper to an upland sitio of Unggal which can now be used by farmers as pathway for their harvest to reach the market.

In Barangay Gunting, Davide inspected the edifices of its elementary school and promised to provide funds for the renovation of Gabaldon school building.

Gabaldon school buildings are named after then Congressman Isauro Gabaldo who authored Act 1801, which appropriated P1 million for the construction of school edifices for every town during the American colonization of the Philippines.

In addition to the school renovation, the Cebu Governor also told school officials and Barangay Captain Egberto Tenebroso that the province plans to build two classrooms next year.

The governor then proceeded to the inauguration of Barangay Gunting multi-purpose center fence where the province gave P250,000 for its construction.