Cebu City prepping for 500th year of Christianity in PH 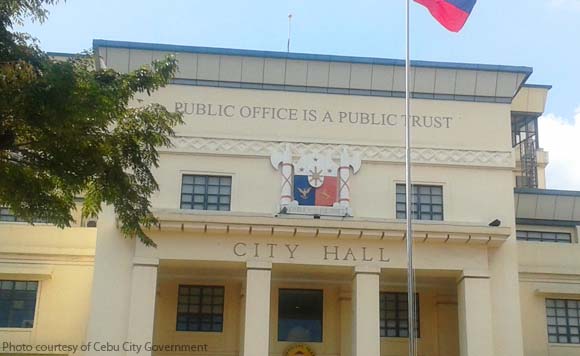 0 2,569
Share
Want more POLITIKO News? Get the latest newsfeed here. We publish dozens and dozens of politics-only news stories every hour. Click here to get to know more about your politiko - from trivial to crucial. it's our commitment to tell their stories. We follow your favorite POLITIKO like they are rockstars. If you are the politiko, always remember, your side is always our story. Read more. Find out more. Get the latest news here before it spreads on social media. Follow and bookmark this link. https://goo.gl/SvY8Kr

Vice Mayor Michael Rama, also the acting Cultural and Historical Affairs Commission chairman, said Cebu City is gearing up for the 500th anniversary of the arrival of Christianity in the Philippines.

“The city government will prepare for the 500th-year anniversary of Christianity in 2021,” Rama said during the celebration of the 141st birth anniversary of Don Sergio Osmeña.

In his speech in Naga City last Friday, President Rodrigo Duterte said he is not keen on celebrating the arrival of the Spaniards in the country. (https://www.philstar.com/the-freeman/cebu-news/2019/09/10/1950434/rama-city-preparing-2021#YPUPMlSRHE3JbT3x.99)

The Spaniards treated Filipinos as slaves of their own land, added Duterte.

Rama said he will do his duty to celebrate the occasion as far as the arrival of Christianity is concerned.

“Celebration is good, it is a must to everybody who contributes a great role in our life even if there was separation between the church and the state, the celebration of the church must be respected, moreover, to celebrate 500 years as Catholics… it’s all about the Vatican and Christianity by all means is important,” he added.