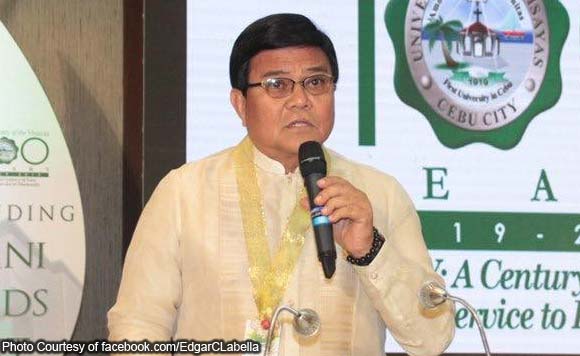 Mayor Edgardo Labella fired the members of the Board of Directors of the Metropolitan Cebu Water District (MCWD).

They were terminated because of dissatisfaction on the part of consumers on MCWD’s service, said Labella.

“It is with a heavy heart that I write this letter to formally inform you that your services as the Chairman and Director of the Board of the MCWD are hereby terminated,” the notice read.

“It is a fact that the consumers of MCWD have been greatly dissatisfied with its present service. This has prompted local government units, such as the Cities of Cebu, Mandaue, and Talisay and the Municipalities of Consolacion, Lilo-an, Compostela, and Cordova, and the Province of Cebu through their respective Sanggunians, to issue Resolutions expressing their dissatisfactions and calls for action on the matter. It is for this widespread dissatisfaction over the services of MCWD that I am constrained to terminate your services as a Director,” it further said.

Under the law, the city mayor has the authority to appoint or remove the members of the MCWD Board.

“The power to appoint carries with it the power to remove or discipline. Thus, pursuant to the authority granted to me by the provisions of P.D. 198, as Mayor of the City of Cebu, I am now exercising this power, subject to the review and approval of the Local Water Utilities Authority (LWUA), as per Section 11 of P.D. 198,” said Labella.

The LWUA did not object to Labella’s decision.