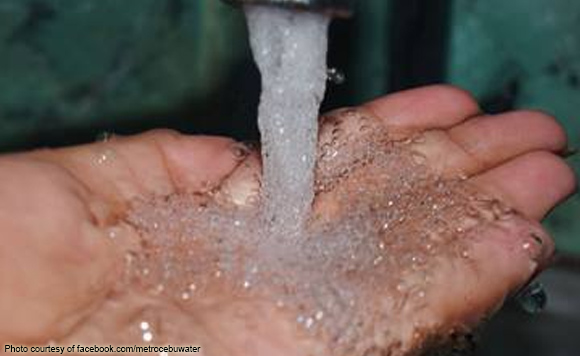 0 1,451
Share
Want more POLITIKO News? Get the latest newsfeed here. We publish dozens and dozens of politics-only news stories every hour. Click here to get to know more about your politiko - from trivial to crucial. it's our commitment to tell their stories. We follow your favorite POLITIKO like they are rockstars. If you are the politiko, always remember, your side is always our story. Read more. Find out more. Get the latest news here before it spreads on social media. Follow and bookmark this link. https://goo.gl/SvY8Kr

The Cebu Provincial Government will strictly monitor the cleanliness of the water distributed to residents of the province.

The Sangguniang Panlalawigan approved Resolution 1896 ordering all local governments and water utilities of each city and municipality to undergo sewerage or septage and sanitation programs.

The Department of Environment and Natural Resources (DENR) has identified multiple sampling points in the province where the water has breached the normal sanitation standards, said 6th district Board Member Thadeo Jovito “Jonkie” Ouano.

“Outbreaks of water-borne diseases has occurred in a number of localities affecting the health of countless Cebuanos even the whole of the Philippines, as dengue is prevalent in other localities,” it stated.

The Department of Health declared a nationwide dengue epidemic in August following the massive spike in the dengue cases in various parts of the nation and with a reported death count of 633 patients.