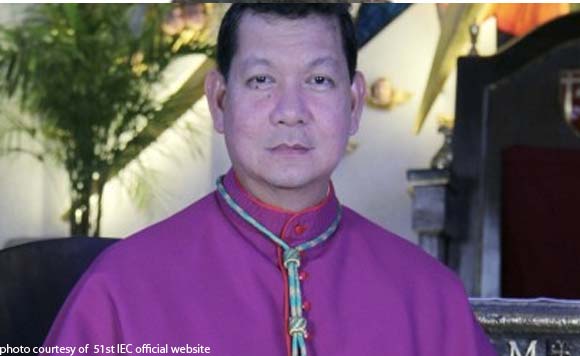 CEBU CITY – The Diocese of Malolos in Bulacan has a new bishop after
the Vatican has appointed a Cebuano bishop to head the Roman Catholic
Church of the historical place, the archbishop of Cebu announced
Tuesday night.

Palma made the announcement in a gathering of priests, volunteers, and
media at the Filipiniana Hall at the Archbishop’s Residence here.

“At 6 p.m., that’s 12 o’ clock (noon) in Rome, the announcement of the
appointment of Most Rev. Dennis Villarojo as Bishop of Malolos
(came),” Palma announced.

“This morning during the birthday of Msgr. (Achielles) Dakay, Papal
Nuncio Osvaldo Padilla was telling me ‘I don’t know if I have to say
condolence or congratulations,’ because when a bishop is appointed
bishop of Malolos he will be leaving Cebu and that’s what we mean
condolence,” Palma said in jest.

The head of the Roman Catholic Church in Cebu noted that the people of
Malolos “has been longing for a bishop” since May last year after its
prelate, Bishop Jose Oliveros, died at the age of 71 after a long
fight with prostate cancer.

“From a certain perspective, I was saying that it’s easy for them to
get bishops and it’s not easy to give us. So we wait for the new
ones,” the prelate of Cebu said in a video posted by Rev. Fr. Felmar
Fiel, SVD, over Youtube.

The Archdiocese of Cebu used to have two auxiliary bishops. However,
Villarojo became the lone assistant bishop after Pope Francis
appointed Bishop Oscar Jaime Florencio as Bishop of the Military
Ordinariate last March 2.

Since the appointment of Florencio, the Holy See has not assigned a
replacement nor appointed a new one through ordination to bishop from
the hundreds of priests and monsignors in the archdiocese.

“Malolos is one of the biggest dioceses” in the country, Palma quipped.

When called to deliver a message after the announcement, Villarojo
jokingly uttered Filipino greetings, “magandang gabi po sa inyong
lahat (good evening to you all).”

He narrated the moment when he received a call from his Theology
classmate, Monsignor Arnaldo Catalan, to tell him about his
appointment to Malolos.

“Yes, yes this is what I do and you have to believe me,” Villarojo
quoted Catalan as saying.

Catalan, is the First Counsellor of the Apostolic Nunciature in Manila.

Villarojo thanked Palma, the priests, seminarians, and the laity in
Cebu who have supported him in his vocation as priest and later as
bishop.

Villarojo, who concurrently heads the team ministry of the Our Lady of
Sacred Heart Parish in Capitol Site, was designated as auxiliary
bishop of Cebu by Pope Francis last July 3, 2015. He was consecrated
on August 10 of the same year.

The new bishop of Malolos completed his high school at the Colegio de
San Jose-Recoletos (now the University of San Jose-Recoletos). He
entered the San Carlos Seminary College in Cebu archdiocese and later
continued his theological studies at the Pontifical and Royal
University of Santo Tomas in Manila and obtained his licentiate degree
in Ecclesiastical Philosophy.

Villarojo was ordained deacon by the late Manila Archbishop Jaime
Cardinal Sin in Manila in 1993 and a year later (June 10, 1994), he
was ordinated priest by the late Cebu Archbishop Ricardo Cardinal
Vidal, whom he had served for as personal secretary for four years
until 1998.

Villarojo continued his post-studies at the Pontificia Università
della Santa Croce in Rome.

The Archdiocese of Cebu will organize a delegation of Cebuanos who
will accompany Villarojo to Bulacan on the occasion of his
installation as new bishop of Malolos, Palma said.

The schedule has yet to be announced. (PNA)