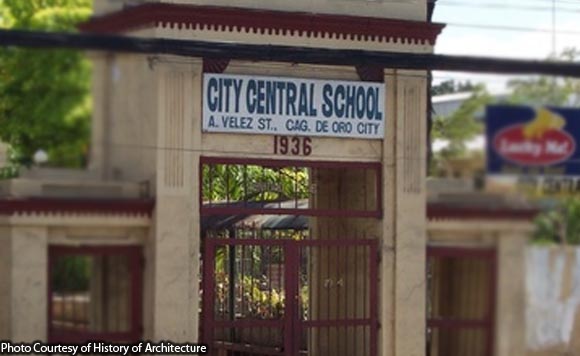 0 404
Share
Want more POLITIKO News? Get the latest newsfeed here. We publish dozens and dozens of politics-only news stories every hour. Click here to get to know more about your politiko - from trivial to crucial. it's our commitment to tell their stories. We follow your favorite POLITIKO like they are rockstars. If you are the politiko, always remember, your side is always our story. Read more. Find out more. Get the latest news here before it spreads on social media. Follow and bookmark this link. https://goo.gl/SvY8Kr

State auditors scored the Cagayan De Oro city government over an unused school building and covered court which were rehabilitated but defective, thus cheating government of P39,562,065.38 in public funds.

In a 2016 report, the Commission on Audit (COA) said a 27-room building in the Cagayan De Oro City Central School and a covered court cost P33,178,571.30 and P6,383,494.08, respectively, in Special Education Funds (SEF) for rehabilitation, but remains unutilized for two years already due to defects.

The auditors said the two structures were defective and unfit for use and occupation, resulting in a loss and wastage of government funds.

The auditors also said the city government deprived the school children of classrooms.

The auditors said the rehabilitated building, a 31-year old two-storey building with 59 classrooms, was razed by a fire on August 12, 2012.

According to the auditors, the Department of Public Works and Highways came up with the observation that the structural member of the burned building was no longer safe, and thus a reconstruction of a new building is highly recommended.

• Some structural members of the two storey building of the City Central School remained stable but other regions of slab, beams and columns as specified in the sketch plan prepared by the City Engineer’s Office is below the required minimum strength which is Fc’3,000 Psi and Fy of 276 Psi for the Tensile Stress of the reinforcing bars (ACI 318)

The auditors said the school classroom building was declared unfit for use and occupation, prompting the issuance of a notice of demolition.

Meanwhile, the rehabilitated City Central School Covered Court was also not used because it was attached to the two-storey school building declared as a dangerous building.

There were also items of work disallowed by the technical audit specialist in the review of contract for the two-storey school building.

“Failure of management to consider the findings and recommendations of the DPWH and other sectors for a construction of a new building instead of rehabilitating/retrofitting the gutted structure, resulted to the erection of a defective and dangerous structure that remained unutilized for 2 years already, thus, a loss and a waste of government funds in the amount of P39,562,065.38,” the auditors said.

“It also deprives the school children of the much needed classrooms,” the auditors added.

The COA urged the city mayor Oscar Moreno to withhold the remaining amount payable to the contractor to answer for the defects.

d the management to investigate whether there was negligence in the planning and implementation of the project and to file appropriate legal sanction against persons determined responsible.

The COA also said the the building should be demolished.

The city government told the auditors that after an ocular inspection in 2013, all parties have agreed that the the rehabilitated burnt structure should be demolished and reconstructed.