CCMC to be completed soon – Rama 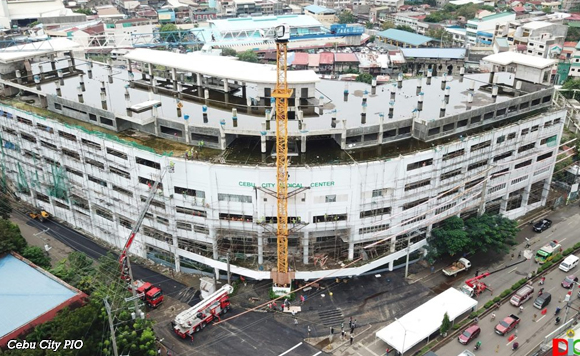 0 133
Share
Want more POLITIKO News? Get the latest newsfeed here. We publish dozens and dozens of politics-only news stories every hour. Click here to get to know more about your politiko - from trivial to crucial. it's our commitment to tell their stories. We follow your favorite POLITIKO like they are rockstars. If you are the politiko, always remember, your side is always our story. Read more. Find out more. Get the latest news here before it spreads on social media. Follow and bookmark this link. https://goo.gl/SvY8Kr

The Cebu City Medical Center (CCMC) will be completed, according to Mayor Michael Rama.

On Monday, Rama said he was working with the City Council for the CMCC completion.

“Remember my term, it’s up to June 30 by operations of law. Among the 21 grand salute impact is CCMC… Our thrust is its completion, it has to reach 10 floors,” the mayor said in the vernacular. (https://bit.ly/3st7eRw)

The City Council allotted P1 billion for the project in 2021 since late Mayor Edgardo Labella had promised the completion of the hospital during the pandemic.

So far, only three floors have been opened by 2021, eight years after the hospital was closed following an earthquake.

Rama said he instructed the working committee to meet weekly for the faster completion of the hospital.

“They have a working group for that and they are meeting every week… We cannot say (target date), but they will have to move, move, move, and be more positive and something will be seen in an infrastructure,” he added.