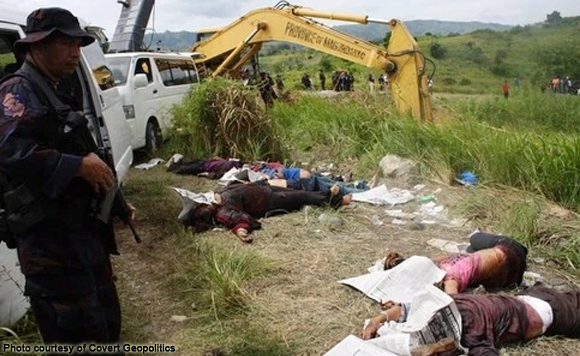 As the nation commemorates the 7th anniversary of the Maguindanao Massacre where over 60 people were killed, majority of them media workers, allegedly by the gunmen under the orders of the Ampatuan clan, Sen. Alan Peter Cayetano expressed confidence that President Rodrigo Duterte’s administration will be able to give these victims justice.

“Fortunately, with the dawn of a new leadership, real changes are bound to happen. I trust that while the past administration had failed in bringing justice to the tragic mass killing of journalists in Maguindanao, the Duterte government is set to go after those who violated our people’s freedom and continue to evade the law, as well as to end the culture of impunity in the country,” the politiko said.

This is possible as Duterte earlier signed an Administrative Order (AO) creating the Presidential Task Force on Media Security, commissioned to investigate unsolved cases of media killings in the country, Cayetano stressed.

“Moreover, to uphold transparency and accountability in government, the President also signed Executive Order (EO) No. 2, implementing the freedom of information (FOI) in the executive branch,” he added.

Filipino families deserve this kind of swift action from their government, the politiko stressed.

The administration’s ongoing efforts for the promotion of transparency, coupled with its sincere commitment to protecting the safety of its citizens, give us hope that more genuine reforms are underway.

“Moreover, they boost our people’s confidence that cases such as the Maguindanao massacre will finally be resolved, and that the victims and their families will no longer be denied the long-deserved justice promised them,” Cayetano concluded.