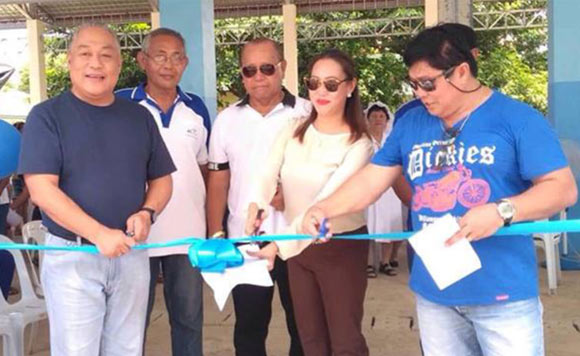 Good news for fishermen in Carmen town in northern Cebu: They are to benefit from a P2-million fish landing center recently inaugurated in the town.

Also in attendance at the turnover for the facility, a project of the Bureau of Fisheries and Aquatic Resources in Central Visayas, were representatives from four fishermen’s associations from Barangays Cogon East, Luyang, Malbago and Dawis Norte.

In his speech, Davide said the provincial government has been doing its best to protect the livelihood of the fishers’ groups in Cebu.

For his part, BFAR-7 OIC Nilo Catada urged the Carmen local government to register all its fisherfolks, as well as their fishing boats or bancas.

Catada also said the BFAR is to unveil soon another fish landing facility in the southern town of Argao.