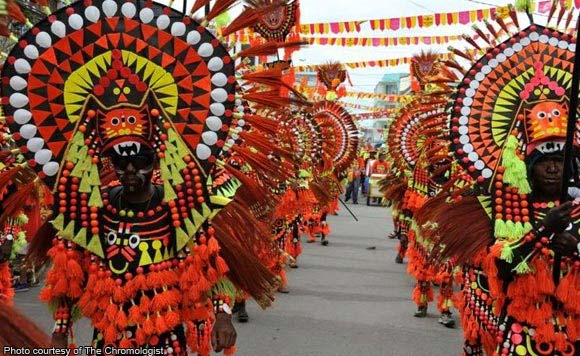 0 855
Share
Want more POLITIKO News? Get the latest newsfeed here. We publish dozens and dozens of politics-only news stories every hour. Click here to get to know more about your politiko - from trivial to crucial. it's our commitment to tell their stories. We follow your favorite POLITIKO like they are rockstars. If you are the politiko, always remember, your side is always our story. Read more. Find out more. Get the latest news here before it spreads on social media. Follow and bookmark this link. https://goo.gl/SvY8Kr

Aklan Rep. Carlito Marquez has filed a measure seeking to declare November 3 as a special non-working holiday in Kalibo, which is known for the Ati-Atihan festival.

This is based on the research of Professor John Barrios that Aclan or Calivo was established on November 3, 1571 under the encomienda system during the time of first Governor and Captain-General Miguel Lopez de Legazpi.

The research stated that although Juan Fernandez Monogratias de los Pueblos de la Isla Panay points to 1581 as the foundation year of Kalibo, investigation revealed that it was only the date of acceptance of the Augustinian fathers of the convent of Aclan and its respective visitas.

Late historian Roman de la Cruz said that “the research output of Barrios is close to reality based on the chronology of events considering that the natives were Christianized on 1569 and it is logical that three years later, in 1571, Kalibo was founded through an encomienda grant to Antonio Flores.”

“The capital town will soon celebrate its 450th founding anniversary on November 3, 2021. It is high time that we institutionalize the foundation day through an act of Congress for the sake of permanency as we join the people of Kalibo in marking an important milestone in their history,” the measure read.

Aside from Ati-Atihan festival, Kalibo is known for the semi-urban and multi-awarded mangrove forest the Bakhawan Eco-Park and piña weaving, being pushed to be included in the UNESCO Intangible Cultural Heritage Lists.