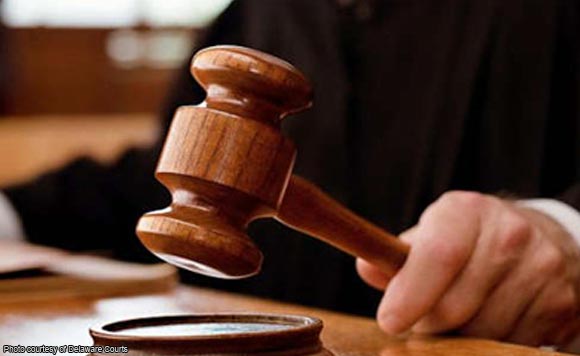 0 1,270
Share
Want more POLITIKO News? Get the latest newsfeed here. We publish dozens and dozens of politics-only news stories every hour. Click here to get to know more about your politiko - from trivial to crucial. it's our commitment to tell their stories. We follow your favorite POLITIKO like they are rockstars. If you are the politiko, always remember, your side is always our story. Read more. Find out more. Get the latest news here before it spreads on social media. Follow and bookmark this link. https://goo.gl/SvY8Kr

Former Carcar Mayor Mario Patricio Paraz Barcenas of Cebu has pleaded guilty of a lesser offense to avoid undergoing a full trial for a graft case.

Barcenas’ case stemmed from the alleged anomalous purchase of fertilizer amounting to P249,000 in 2005 during his term as mayor. In 2018, the Ombudsman said the fertilizer was purchased through direct contracting instead of public bidding, in violation of Republic Act 9184 or the Government Procurement Reform Act.

On January 22, the former mayor pleaded guilty before the Sandiganbayan Seventh Division of failure to render accounts as defined and penalized under Article 218 of the Revised Penal Code (RPC). His voluntary admission of guilt was in accordance with a plea bargain deal that he entered into with the Office of the Ombudsman. (https://bit.ly/3bjVCWu)

Under the deal, Barcenas would plead guilty to a lesser offense in exchange for the dropping of the original case of violation of Section 3 (e) of Republic Act 3019 or the Anti-Graft and Corrupt Practices Act, which, upon conviction, carries a penalty of six up to 10 years of imprisonment and perpetual disqualification from public office.

With his voluntary admission of guilt, the Seventh Division only fined Barcenas P5,000. This, however, is on top of the P249,000, which Barcenas agreed to pay to the Carcar City government as civil liability.

A plea bargaining is authorized under Section 2, Rule 116 of the Revised Rules of Criminal Procedure to promote a “mutually satisfactory disposition the case,” according to the Seventh Division.

The court also noted that the plea bargain agreement had the approval of Ombudsman Samuel Martires.