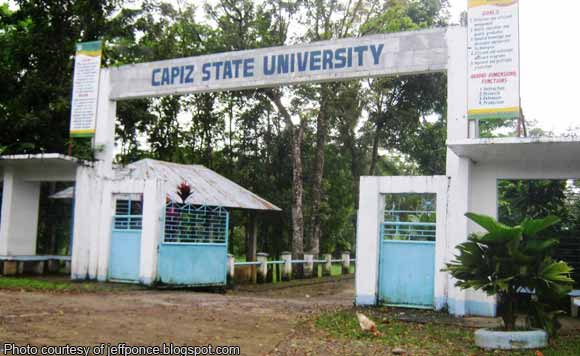 0 441
Share
Want more POLITIKO News? Get the latest newsfeed here. We publish dozens and dozens of politics-only news stories every hour. Click here to get to know more about your politiko - from trivial to crucial. it's our commitment to tell their stories. We follow your favorite POLITIKO like they are rockstars. If you are the politiko, always remember, your side is always our story. Read more. Find out more. Get the latest news here before it spreads on social media. Follow and bookmark this link. https://goo.gl/SvY8Kr

State auditors scored the management of the Capiz State University for its poor monitoring and collection of loans under the Student Financial Assistance Program in 2015, thus depriving other qualified students of the financial aid.

Meanwhile, of the P864,000 loan allocated for the state university’s campuses, at least P20,000 remained unreleased by the Sigma campus.

The accountant justified that nobody was interested to apply for the said loan because other government agencies were providing financial assistance for free.

Auditors also noted that that only Sigma, Dayao and Tapaz campuses were able to send collection notices to borrowers, while the rest did not any notice since the loans were released.

“This is an indication of poor collection efforts and monitoring controls on the part of management, thus depriving the other qualified beneficiaries of the privilege of easily accessible interest-free loan program of the government,” COA said.

The COA recommended the management to update the individual records of student borrowers for easy monitoring and collection purposes, send collection notices to student borrowers and if possible to the guarantors, of accounts which have become due and demandable, and exhaust all possible means to collect the past due accounts so that other beneficiaries could avail of the loan program.

In its reply, the Central Administration and the six campuses vowed to update the individual records of student borrowers, as well as send collection letters to the student borrowers and their respective guarantors.

A report would also be required from each campuses how these have exhausted means to collect those past due accounts, the auditors were also told.

The Sigma Campus had also sent demand letters to each loan grantee.

The Students Financial Assistance Program (STUFAP) under the Commission on Higher Education seeks to provide assistance to qualified and indigent third and fourth year students who are allowed to borrow a maximum of P8,000 per semester.