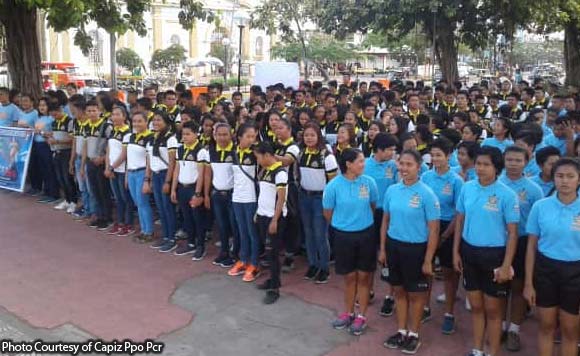 0 1,067
Share
Want more POLITIKO News? Get the latest newsfeed here. We publish dozens and dozens of politics-only news stories every hour. Click here to get to know more about your politiko - from trivial to crucial. it's our commitment to tell their stories. We follow your favorite POLITIKO like they are rockstars. If you are the politiko, always remember, your side is always our story. Read more. Find out more. Get the latest news here before it spreads on social media. Follow and bookmark this link. https://goo.gl/SvY8Kr

Catholic Church and police officials in Capiz province led last weekend a solidarity walk for clean and fair elections on May 13.

Some candidates and representatives from various government agencies joined students at the solidarity walk last March 16.

Joining the activity were:

The walk started at the Capiz Provincial Capitol Ground and went to the Roxas City Public Plaza.

Fuentes encouraged all political candidates to cooperate for a peaceful midterm elections.