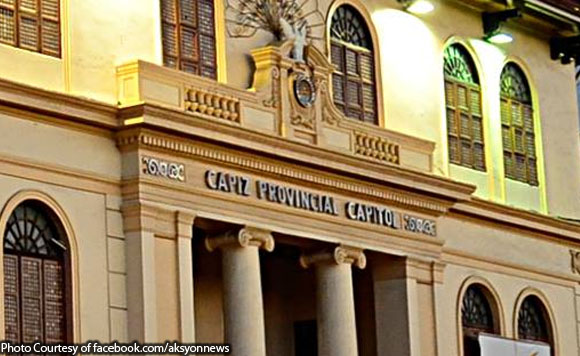 0 591
Share
Want more POLITIKO News? Get the latest newsfeed here. We publish dozens and dozens of politics-only news stories every hour. Click here to get to know more about your politiko - from trivial to crucial. it's our commitment to tell their stories. We follow your favorite POLITIKO like they are rockstars. If you are the politiko, always remember, your side is always our story. Read more. Find out more. Get the latest news here before it spreads on social media. Follow and bookmark this link. https://goo.gl/SvY8Kr

The provincial government of Capiz will spend about P1 million for its three-day trip to Davao City for the Strategic Planning Seminar and Executive Legislative Agenda meeting on October 17 to 19.

Provincial Administrator Dr. Edwin Monares confirmed this and clarified that the funds were already programmed in each department of the provincial government.

A total of 70 Capiz officials will attend the meeting, including the department heads and administrative officers, according to him. (https://dailyguardian.com.ph/capiz-to-spend-p1-m-for-davao-city-trip/)

Monares said the Davao City trip is not a junket as this will be fruitful and productive.

Aside from the Strategic Planning seminar and Executive Legislative Agenda, they will also hold a benchmarking session on tourism, eco tourism, computerization, Rescue 911 and other programs which were successfully implemented in Davao City.

The official assured the funds to be used in the activities such as transportation expenses and hotel accommodation will not be wasted.