Capiz guv to step down if found guilty 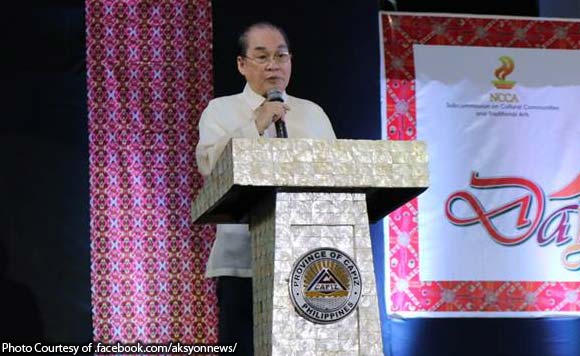 Capiz Governor Antonio del Rosario said he will resign from his post if proven guilty of graft and corruption.

Del Rosario made this statement after the groundbreaking ceremony of the P45-million Aksyon Tabang Emergency Operations Center and ceremonial turnover of a speedboat to Philippine Coast Guard Capiz in Roxas City on January 21.

Quintia accused del Rosario of allegedly violating the Anti-Graft and Corrupt Practices Act and Memorandum Circular No. 6, series of 2016, which prohibits public officials from gambling inside casinos.

The governor also acquired services from Perlite Security Agency, which is allegedly owned by his sister Carmen del Rosario-Andrade.

In The Daily Guardian report, del Rosario said this is the first time in his more than 40 years in public service that he was accused of graft.

“Everyone knows that I am not corrupt public officials as I challenge anybody to go over my records when I was elected and served for several years,” he added.