Capitol: Davide, Magpale did not back out of peace covenant signing 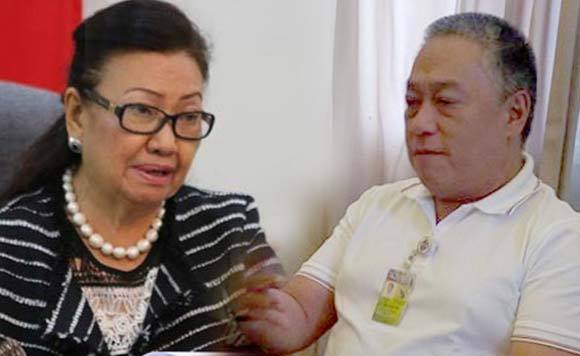 0 415
Share
Want more POLITIKO News? Get the latest newsfeed here. We publish dozens and dozens of politics-only news stories every hour. Click here to get to know more about your politiko - from trivial to crucial. it's our commitment to tell their stories. We follow your favorite POLITIKO like they are rockstars. If you are the politiko, always remember, your side is always our story. Read more. Find out more. Get the latest news here before it spreads on social media. Follow and bookmark this link. https://goo.gl/SvY8Kr

The Cebu Provincial Capitol has debunked claims that its two top executives pulled out of the provincial level peace covenant signing in Naga City last February 19.

Davide and Magpale, who are running for vice governor and governor, respectively, did not withdraw from the Tuesday event at the last minute, clarified Orong.

“Knowing already that they had prior commitments for that whole week, it is not true that the governor and vice governor initially confirmed to go and backed out in the last minute, as mentioned in some news reports,” she said.

Orong explained that the two officials could not cancel the scheduled events because they were also “equally important.”

During the covenant signing, Davide and Magpale were in the towns of Alegria, Malabuyoc and Santander to attend the groundbreaking ceremonies of various projects and to distribute cash incentives to the barangays.