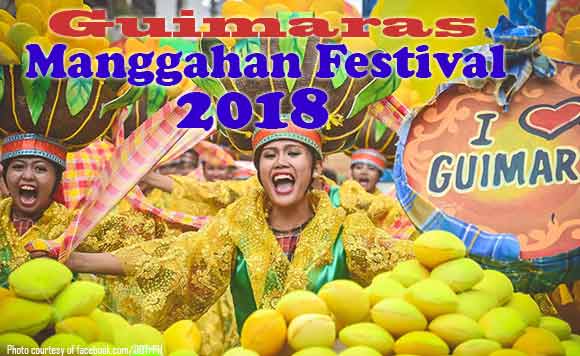 0 1,246
Share
Want more POLITIKO News? Get the latest newsfeed here. We publish dozens and dozens of politics-only news stories every hour. Click here to get to know more about your politiko - from trivial to crucial. it's our commitment to tell their stories. We follow your favorite POLITIKO like they are rockstars. If you are the politiko, always remember, your side is always our story. Read more. Find out more. Get the latest news here before it spreads on social media. Follow and bookmark this link. https://goo.gl/SvY8Kr

Guimaras is determined to “level up” activities this year to mark the 25th anniversay of its Manggahan Festival, a celebration of thanksgiving for their bountiful blessing.

Guimaras tourism officer-in-charge Liberty Ferrer said they were now in the process of making an inventory of their mango production to determine how much they could supply during the festival, which was famous for its sweet mangoes.

Ferrer said they would be strengthening their mango-related activities such as the “all-you-can-eat” event and the mango chandelier contest.

Ushering the Manggahan Festival highlights will be the Manggahan sa Kabanwahanan where a cultural presentation will be held in each of the five municipalities of Guimaras after the Manggahan caravan slated on April 2.

Manggahan will also host several national sports events such as the biking and the motocross dubbed “King of Kings”, which is expected to gather the best riders in the country.

A bigger and better cultural presentation, especially that their festival champion—Hubon Manguguma from the town of San Lorenzo—won the Kasadyahan Regional Cultural Competition of the 2018 Dinagyang Festival is expected to perform.

Ferrer said they look forward to get the participation of other festivals from outside Western Visayas. Last year, festivals from other provinces in Region 6 joined the cultural presentation.

This major tourist attraction is expected to gather close to a hundred thousand tourists.

“We target an increase of 15 percent in our tourist arrivals for the Manggahan Festival,” she said.

To kick off the celebration, the province unveiled its 100 days marker for the 25th year of the festival on January 29.

During the unveiling, 25 mango seedlings were planted inside the capitol grounds compound based on the Provincial Site Development Plan, led by Guimaras Governor Samuel Gumarin, Vice Governor Atty. John Edward Gando and members of the Sangguniang Panlalawigan (SP).

The seedlings were named based on the virtues that represent the provincial government such as leadership, excellence, compassion and accountability.