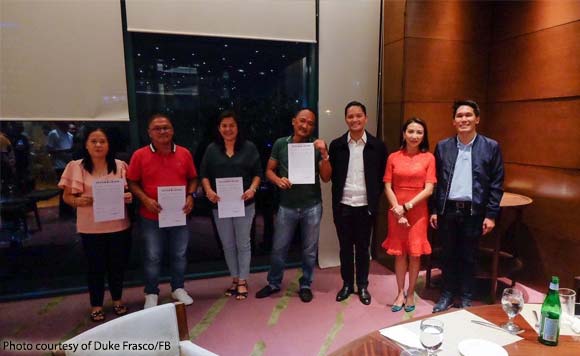 Top officials from the four towns of the Camotes Islands in Cebu have formally pledged their support to the group led by Deputy Speaker Duke Frasco.

The officials previously took their oath with One Cebu before Governor Gwendolyn Garcia. (https://bit.ly/3Ez2gHF)

They were previously affiliated with the Bakud Party, which is led by the political Durano clan of Cebu’s Fifth District.

Frasco thanked the people of the Fifth District for their continued support and the party members who have been with him since the beginning.

“I am grateful as well to the newest members of Team Frasco who now join us in our cause to bring hope and change to the district after 70 years,” he said.