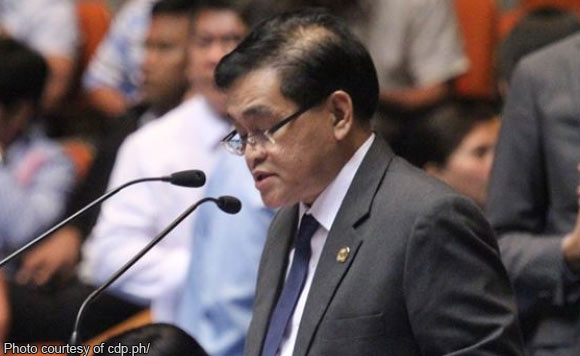 0 364
Share
Want more POLITIKO News? Get the latest newsfeed here. We publish dozens and dozens of politics-only news stories every hour. Click here to get to know more about your politiko - from trivial to crucial. it's our commitment to tell their stories. We follow your favorite POLITIKO like they are rockstars. If you are the politiko, always remember, your side is always our story. Read more. Find out more. Get the latest news here before it spreads on social media. Follow and bookmark this link. https://goo.gl/SvY8Kr

Heeding the call of Cagayan De Oro residents sick and tired of flash floods and landslide battering their city time after time, the House Committee on Natural Resources on February 28 has approved House Bill 4799 which prohits mining in the area albeit with an amendment.

“Mining has adverse effects both to humans and the environment. Aside from adding toxic chemicals to the ore, it strips-off large areas of top soil of flora and fauna,” the politiko said.

The amendment provides that gravel, sand and other non-metallic minerals will be excluded from the coverage of the proposed law.

Rodriguez said Cagayan De Oro City has suffered from flash floods, and mining operations in Barangays Dansolihon, Mambuaya, Taglimao, Tapangi, Tuburan and Tumpago have been blamed for the calamity.

He said flashfloods destroyed not just properties but also agricultural areas and farm-to-market roads. Citing the progress reports of the Region 10 Disaster Coordinating Council (RDCC), which is based in their city, he said for the month of January 2009, the flashfloods affected many persons and families.

The flashfloods also damaged 141 houses and partially damaged 1,410 properties, costing about P1.9 million as of January 8, 2009 only.

Meanwhile, a total of 37,086 persons or 7,410 families were affected with 94 houses totally damaged and 71 partially damaged on the January 11, 2009 floods that befell Cagayan de Oro City.

“To prevent flashfloods from recurring, mining operations in Cagayan de Oro City must be totally prohibited. Hence, I urge for the passage of House Bill 4799 which seeks to declare the City of Cagayan de Oro a mining-free zone,” Rodriguez added.