Cadio Gorriceta comes out of retirement to campaign for Ferj Biron 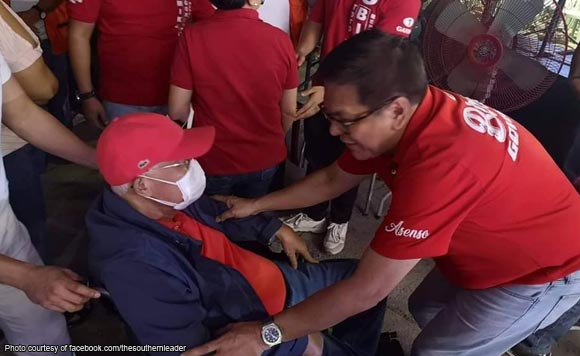 A local writer exposed what appears to be a long-standing rift with Governor Art Defensor.

Retired Congressman Arcadio Gorriceta has come out of his home despite his cancer bout just to throw support behind challenger Rep. Ferjenel Biron, who is running against Defensor’s son Toto to be Iloilo governor.

The Southern Leader explains the possible falling out between Cadio and Toto, who used to be a solid trio with Senator Franklin Drilon.

Rumor has it that during their younger days, Drilon and the older Defensor were going to an event in Leon when Gorriceta hopped in with them. But Gorriceta was not invited by the host so Defensor told him to leave the car and go home.

“What has happened to the friendship? Has Cadio finally seen Defensor’s true colors? That, when it comes to politics, Defensor is neither a gentleman nor a man of his word? That Defensor is only for Defensor and no one else?,” the article went.

Does this explain everything? You decide.

Will the real Samsam please stand up?

Dexter Uy suits up for virtual speech before SSU students