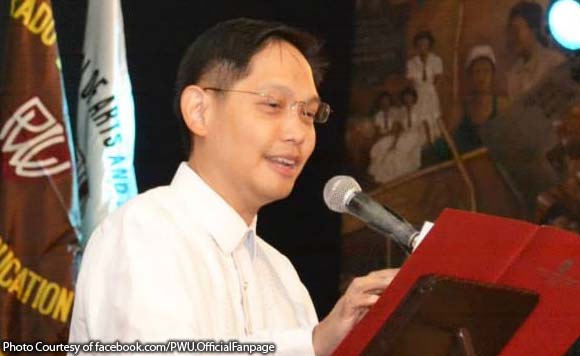 0 750
Share
Want more POLITIKO News? Get the latest newsfeed here. We publish dozens and dozens of politics-only news stories every hour. Click here to get to know more about your politiko - from trivial to crucial. it's our commitment to tell their stories. We follow your favorite POLITIKO like they are rockstars. If you are the politiko, always remember, your side is always our story. Read more. Find out more. Get the latest news here before it spreads on social media. Follow and bookmark this link. https://goo.gl/SvY8Kr

A younger brother of Rep. Alfredo Benitez may run unopposed in the congressional race in Negros Occidental’s third district in the 2019 midterm elections.

Dr. Francisco Benitez said he entertained thoughts of running due to the need to continue the programs and projects of his elder brother, who is ending his last three-year term next year.

“I believe there is still a lot of work to be done to sustain what he has started,” Francisco said.

The elder Benitez is not running for Negros Occidental governor or for senator, as he wants to strengthen the One Visayas movement.

He said that while he was “reluctant” to join politics at first as he is an educator, he saw the impact of the works of his elder brother on the lives of the people in the 3rd district.

Meanwhile, Francisco said he has gone around the district incognito and realized the impact of his brother’s programs and projects in the third district.

As an educator and president of the Philippine Women’s University, he said it is easy to assume that education is foremost in his mind.