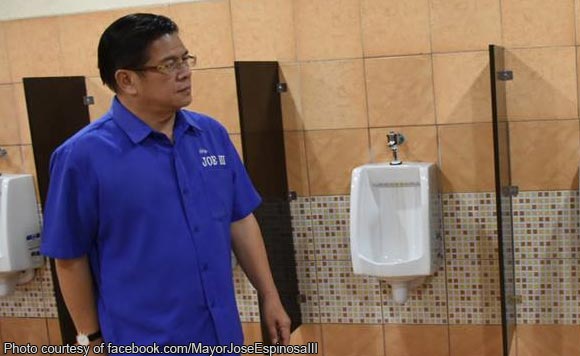 Espinosa said public inconvenience would be lessened if the DPWH informed and obtained permits from the city government for road projects or demolition jobs.

He said this would allow the city government enough time to draw up traffic rerouting plans.

“Before you start your projects or start the demolition of roads, get first a permit from the city to coordinate the traffic rerouting plans,” Espinosa said (https://thedailyguardian.net/local-news/mayor-tells-dwph-anew-to-coordinate-road-projects/).

He noted the inconvenience caused by road projects is being blamed not on the DPWH but on him.

Thus, Espinosa said the DPWH should meet with the City Engineer and the Traffic Division “to come up with a traffic plan, which I will approve.”

Espinosa lamented that while the DPWH has targets to meet such as the number of projects to be started and accomplished, “they don’t care whether there are road repairs and excavations everywhere.”

He said it is unfair that he and city officials are blamed for the inconvenience which can be avoided if there was coordination.