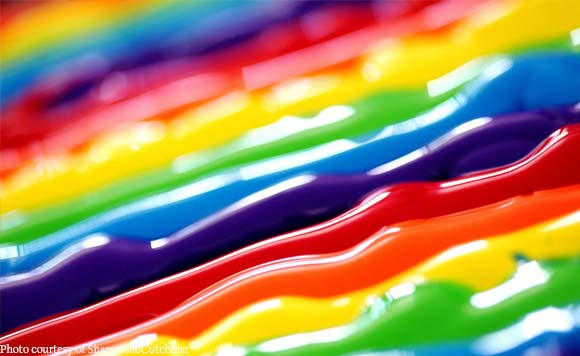 0 397
Share
Want more POLITIKO News? Get the latest newsfeed here. We publish dozens and dozens of politics-only news stories every hour. Click here to get to know more about your politiko - from trivial to crucial. it's our commitment to tell their stories. We follow your favorite POLITIKO like they are rockstars. If you are the politiko, always remember, your side is always our story. Read more. Find out more. Get the latest news here before it spreads on social media. Follow and bookmark this link. https://goo.gl/SvY8Kr

The Iloilo provincial board threw its weight behind the rights of lesbian, gay, bisexual, and transgender people, to protect them from discrimination.

Provincial lawmakers approved a resolution expressing “grave concern and strong condemnation” on all acts of violence and discriminations hurled against members of the third sex.

“Despite the explicit provisions of the 1987 Constitution and many laws and ordinances, which aim to provide equal protection to all individuals without distinction, cases of discrimination and violence particularly members of LGBT still persist,” said Board Member Carol Espinosa-Diaz, who authored the resolution.

Espinosa added that in June 2017, the United Nations through the United Nations Human Rights Council (UNHRC) passed a resolution to appoint an “independent expert” to find the causes of violence and discrimination against people due to their gender identity.

Espinosa also proposed an ordinance declaring the first day of June every year as the “Iloilo Province LGBT Pride Day.”

She said the LGBT community and its members in Iloilo are considered as “active partners towards community development,” and “a dynamic group of talented, creative and empowered citizens with equal human rights.”

“LGBT Pride Day is the positive stance against discrimination and violence towards LGBT people to promote their self-affirmation, dignity and equal rights; increase their visibility as a social group; build community, and celebrate sexual diversity and gender variance,” Espinosa said.

A committee will be formed comprising a different representative from LGBT Organizations from different barangay to carry out the one-dimensional activity in the grassroots.

The activity shall be funded annually and shall be included in the province’s Gender and Development fund.