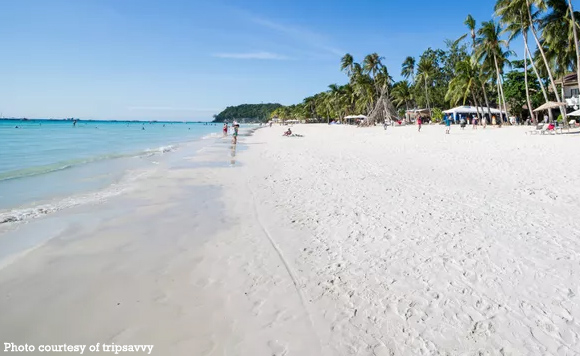 Boracay Island in Malay town, Aklan province is set to reopen on June 16.

Only tourists from Western Visayas – Aklan, Iloilo, Iloilo City, Bacolod City, Negros Occidental, Antique, Capiz, and Guimaras – would be allowed to enter, according to the Boracay Inter-Agency Task Force.

Natividad Bernardino, Boracay Inter-Agency Rehabilitation Management Group general manager, said it was Aklan Governor Florencio Miraflores’ proposal to have the reopening of Boracay on June 16 and the task force just adopted it.

“The task force is just very cautious, thus only allowing local tourists. Gradual muna. Then after that, kung maganda ang sitwasyon, they could start opening to local tourists from around the country,” added Bernardino.

Letting local tourists would also be a sort of dry run on how to go about with the new normal in Boracay Island. From there, the task force will see what adjustments will be done.

All of the minimum health protocols should be in place based on guidelines as declared by the Department of Health like wearing face masks, sanitation, and 50 percent capacity in hotels and restaurants, among others.

“Sec. Año said that not even the new normal should be contemplated. Instead, it’s modified general community quarantine with limited restrictions. That’s how I understand it,” Bernardino said.

Presently, only three hotels were accredited but many establishments have already submitted their letter of intent to be inspected and receive certificates. The Department of Tourism will be the one to issue the certificate of authority to operate.