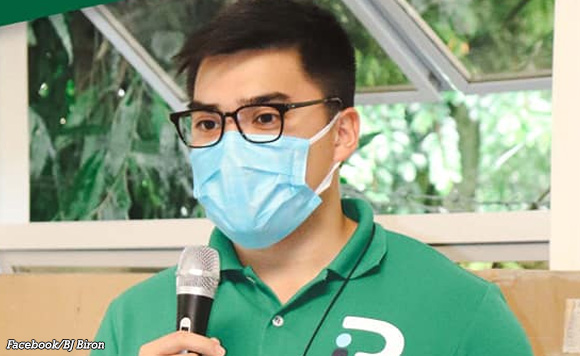 0 103
Share
Want more POLITIKO News? Get the latest newsfeed here. We publish dozens and dozens of politics-only news stories every hour. Click here to get to know more about your politiko - from trivial to crucial. it's our commitment to tell their stories. We follow your favorite POLITIKO like they are rockstars. If you are the politiko, always remember, your side is always our story. Read more. Find out more. Get the latest news here before it spreads on social media. Follow and bookmark this link. https://goo.gl/SvY8Kr

Iloilo Rep. BJ Biron (4th district) is ahead in the Dumangas mayoral race, a poll survey conducted in February and March 2022 showed.

According to the Random Access Consultants Inc. (RACI), 66.8 percent of the 600 respondents preferred Biron as the next mayor of Dumangas against 30.3 percent of Vice Mayor Ian Dolutan.

By sex, 65.3 percent of male respondents chose Biron over Dolutan (32 percent) while 68.3 of female voters were for the incumbent congressman. (https://bit.ly/37P9s5P)

On one hand, Dolutan’s best polling among age groups was in the 50-59 bracket with 34.8 percent.

Dolutan averaged 29 to 30 percent in all levels.

The solon was likewise the top choice of voters across all socio-economic status – 61.2 in Class A, B, and C (upper to middle class); and 68 percent in Class D and E (lower class).