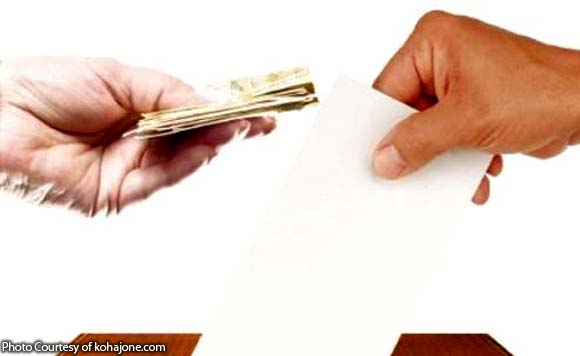 Authorities have busted last night a vote buying scheme in Aklan province, the Commission on Elections (Comelec) disclosed Monday (May 14).

He said envelopes containing sample ballots and at least P3,000 in cash were distributed to voters.

Under Articles 263 and 264 of the Omnibus Election Code, people found guilty of vote buying would be imprisoned between one to six years, disqualified from holding public office and stripped of the right to vote.

Foreigners guilty of vote buying would be deported after they serve the prison sentence and political parties found guilty would be sentenced to pay a fine of at least P10,000.

Earlier, the Comelec spokesperson warned against netizens posting photos of just sample ballots with cash as he said this does not provide enough context for a complaint to be filed.

Barangay and Sangguniang Kabataan elections have finally began at 7 a.m. on Monday, following two postponements brought about by fears of the use of drug money to fund campaigns of local politikos.