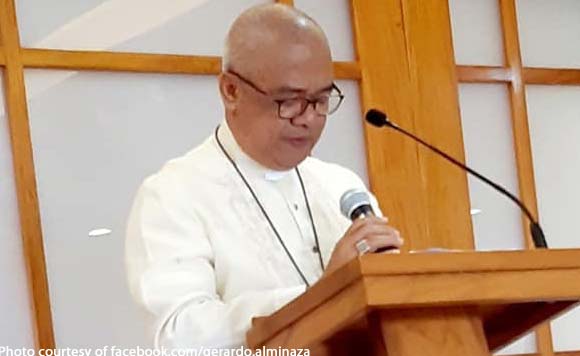 Bishop Gerardo Alminaza of the Diocese of San Carlos, Negros Occidental has been chosen by the New City Press Philippines (NCP-Ph) as the recipient of its 3rd New City Achievement Award.

“We wish to highlight his life lived for unity with God, and neighbor, and in a particular way, his care for God’s creation, contributing to the fulfillment of Christ’s prayer ‘that all may be one’,” said NCP-Ph, one of the 20 publishing houses of the Focolare Movement.

In October, Alminaza called for an impartial investigation of the arrest of 62 activists in a series of raids in Bacolod City, which he described as “disturbing.”

“We express alarm over these unfortunate incidents that aggravate the culture of fear and silence in our island of Negros,” the bishop said, noting that military solution will not bring peace.

The initiative led to the signing of Executive Order 19-08 by then-Governor Alfredo Marañon Jr. that bans new coal plants in the province.