BIR kicks out lady without legs for wearing shorts 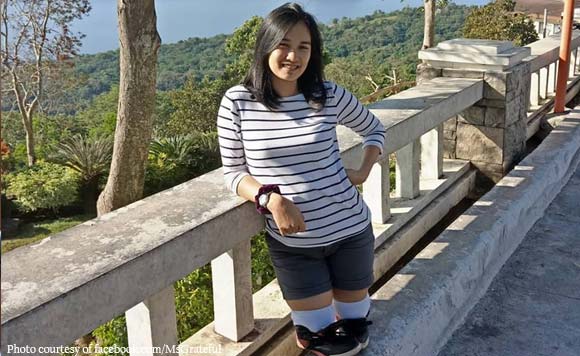 0 982
Share
Want more POLITIKO News? Get the latest newsfeed here. We publish dozens and dozens of politics-only news stories every hour. Click here to get to know more about your politiko - from trivial to crucial. it's our commitment to tell their stories. We follow your favorite POLITIKO like they are rockstars. If you are the politiko, always remember, your side is always our story. Read more. Find out more. Get the latest news here before it spreads on social media. Follow and bookmark this link. https://goo.gl/SvY8Kr

A Bureau of Internal Revenue (BIR) regional office is in hot water after allegedly barring a woman born without legs from entering the premises.

In a viral Facebook post aired last Tuesday, Nancy Torrelino Boroc, 27, narrated the events that transpired at the BIR Calbayog office in Samar.

According to Boroc, she was prevented by the office’s security guard to access the office because she was wearing shorts.

To which Boroc asked, “Even a PWD who can’t wear long pants?”

Boroc said that the guard replied in the affirmative, citing the new bureau regulations.

In an interview with the press, Boroc said that a few days later when she went back with socks on her thighs, she did not face similar opposition – which may be attributed to the different guard on duty.

In order to prevent the same situation happening to other persons with disabilities, Boroc had this to say:

“I hope that any establishment, especially government premises should not be insensitive to PWDs. They should make their employees more aware so that they won’t tend to be bookish in the implementation of their memos.”