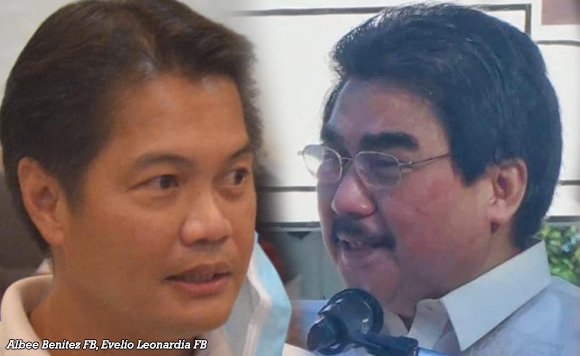 0 87
Share
Want more POLITIKO News? Get the latest newsfeed here. We publish dozens and dozens of politics-only news stories every hour. Click here to get to know more about your politiko - from trivial to crucial. it's our commitment to tell their stories. We follow your favorite POLITIKO like they are rockstars. If you are the politiko, always remember, your side is always our story. Read more. Find out more. Get the latest news here before it spreads on social media. Follow and bookmark this link. https://goo.gl/SvY8Kr

“We have nothing to hide.”

Outgoing Bacolod City Mayor Evelio Leonardia was reacting to the plan of Mayor-elect Albee Benitez to form a “truth commission” to look at city government transactions under the present administration.

Benitez’s truth commission, which will be composed of representatives from “independent” organizations, is tasked to review and audit city government transactions for transparency. (https://bit.ly/3xOvdxo)

“Let it go where it may go. No problem with that,” said Leonardia, who is stepping down as mayor on June 30 when Benitez would formally assume as new city mayor.

“Our administration always tried its best to follow rules. We follow what is required by law, by the Commission on Audit,” the outgoing mayor said.

“But of course, if you are a politician things like this can also be misinterpreted as witch-hunting, a demolition job,” he added.